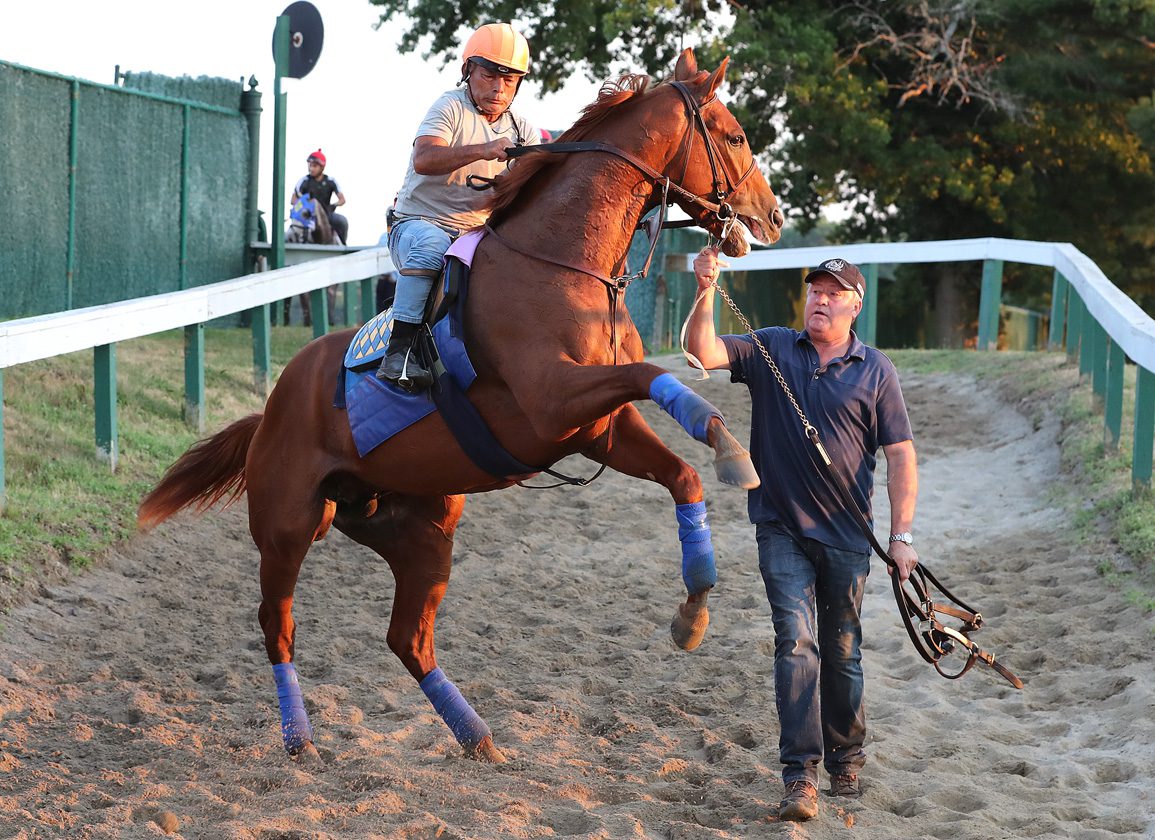 GI Runhappy Santa Anita Derby hero and 'TDN Rising Star' Taiba (Gun Runner) was given the morning-line nod from post postion two at odds of 7-5 in the 55th GI TVG.com Haskell Invitational S. Saturday at Monmouth Park. The nine-furlong centerpiece of the summer meeting at the Jersey Shore offers the winner a fees-paid berth in the GI Breeders' Cup Classic at Keeneland Nov. 5.

It was a little more than three years ago that Maximum Security (New Year's Day) won the Haskell on a day where temperatures soared so high during the early afternoon that the race was delayed until late in the evening. The heat is on again this weekend, with forecast highs in the low to mid 90s. Trainer Bob Baffert is back in action following his three-month suspension and is hopeful he's shipped across the horse who can give him a record-extending 10th victory in the Haskell. Mike Smith, aboard Authentic (Into Mischief) in 2020, has the call.

“I don't think about records,” Baffert said. “I just think about sending a good horse there and I've sent some really great ones. I hope this guy is the same type of horse I've been bringing up there. We know he's very talented. He has to break well. Then it's going to be up to Mike.”

Not far behind him on the morning-line at 3-2 is undefeated MGISW 'Rising Star' Jack Christopher (Munnings), who will be in stall seven of eight. The flashy chestnut tries two turns for the first time Saturday off a good-looking score in the GI Woody Stephens S. June 11. Trainer Chad Brown looks for a second Haskell, having saddled Good Magic (Curlin) to win in 2018.