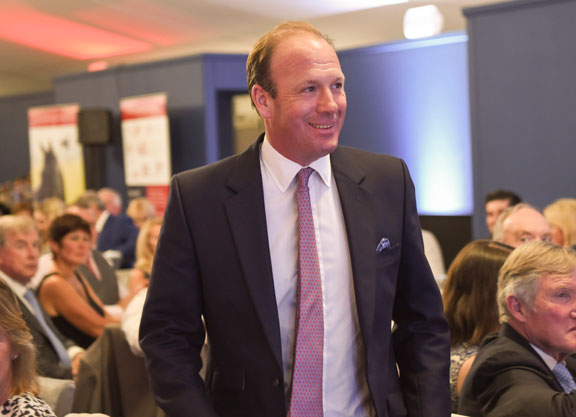 The British EBF on Thursday announced its new chairman of the board and trustees from January 2020, with Simon Sweeting of Overbury Stud set to take over from Philip Mitchell as chairman.

Sweeting said, “I am looking forward to the challenge of taking on the chairmanship of the British arm of the European Breeders’ Fund from 2020 and on behalf of the trustees, thank Philip for his enthusiastic leadership over the last three years. The British EBF continues to provide a unique and much-needed industry funded mechanism for supporting racing’s prize money; I hope that the work that myself and the BEBF trustees do can secure and enhance the health of the British EBF for the future.”

The TDN‘s European Editor Emma Berry and Gary Middlebrook join the board as trustees. Berry said, “With prize-money in this country under threat from several quarters, the financial support that British racing receives from the BEBF has not just been maintained but has increased in recent years. I am therefore delighted to be joining this vital and much-respected organisation at a time when its work is more important than ever.”