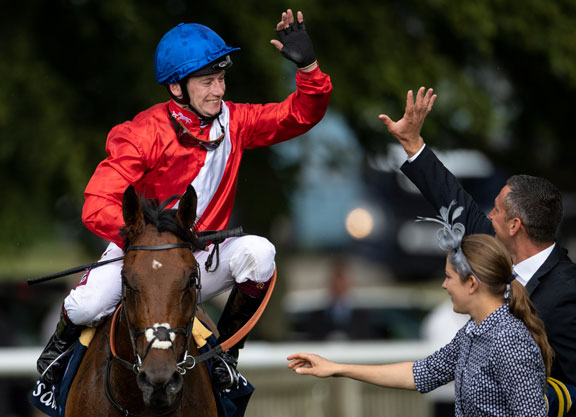 Sir Michael Stoute has confirmed the G1 Qatar Sussex S. at Goodwood on July 31 as the next objective for his G1 Falmouth S. heroine Veracious (GB) (Frankel {GB}). The Cheveley Park homebred secured the Group 1 success she has long promised at Newmarket on Friday–making every yard of the running under a tremendous ride from Oisin Murphy. Goodwood’s G1 Nassau S., in which she finished third last year, was mooted as a potential target in the immediate aftermath. However, speaking on Racing TV’s Luck On Sunday programme, Stoute revealed he is leaning towards letting his filly take on the boys over a mile.

“She had no travel and got a lovely ride. She’s come out of the race well,” said the trainer. “She’ll probably now go for the Sussex. She ran a big race at Goodwood in the Nassau last year. I was delighted for Cheveley Park–they deserve to be winning races like that.”

Stoute added, “We’ll go for the King George. John’s filly is a machine, and she’s going to be very hard to beat, but we’ll have a go.”