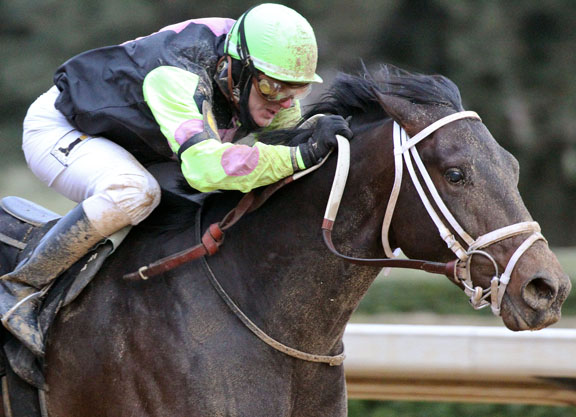 Mike Pressley and Steed Jackson's Super Steed (Super Saver), winner of the GIII Southwest S. at Oaklawn Park Feb. 18, is off the GI Kentucky Derby trail due to bone bruising in a front leg, trainer Larry Jones said Sunday morning. Jones said the problem was discovered Saturday and isn't career threatening, but Super Steed will need 60-90 days off. Super Steed made a sweeping, wide rally en route to a three-quarter length victory in the Southwest.

“He came out of that last race with a little more of an issue than I realized,” Jones said. “We did some X-rays and it just looks like if we don't stop now, we're going to run into trouble. Thank God, there's no surgery, nothing is needed. He just needs rest.”

Jones said Super Steed will be sent to Kentucky to recover.

Super Steed broke his maiden at second asking in a November allowance test at Churchill Downs and subsequently was fourth and seventh in the Dec. 22 Sugar Bowl S. and Jan. 25 Smarty Jones S. before rebounding with his Southwest score.