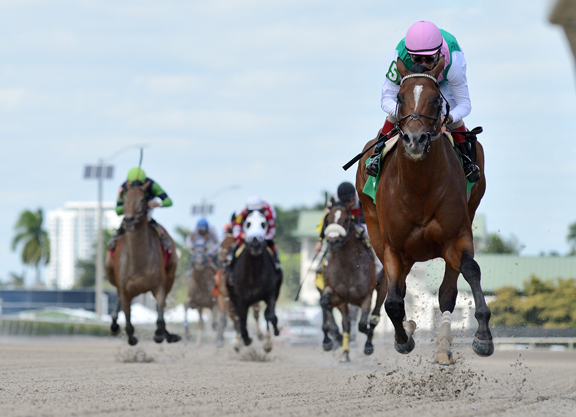 8th-Oaklawn Park, $84K, Alw, N1X, 3yo, f, 6f, post time: 5:40 p.m. ET
ABROGATE (Outwork), a runaway front-running debut winner for Steve Asmussen at Churchill Downs Nov. 12, takes on winners for the first time. The runner-up that day Zoom Up (Upstart) has since won two straight, including a Fair Grounds optional claimer in her two-turn debut earlier this week. The Alex and JoAnn Lieblong colorbearer, favored at 8-5 on the morning line, gets first-time Lasix. She was the co-fourth most expensive yearling of 66 from Outwork's first crop to change hands, bringing $270,000 at Keeneland September. TJCIS PPs