Sun Chariot Next For Snow Lantern 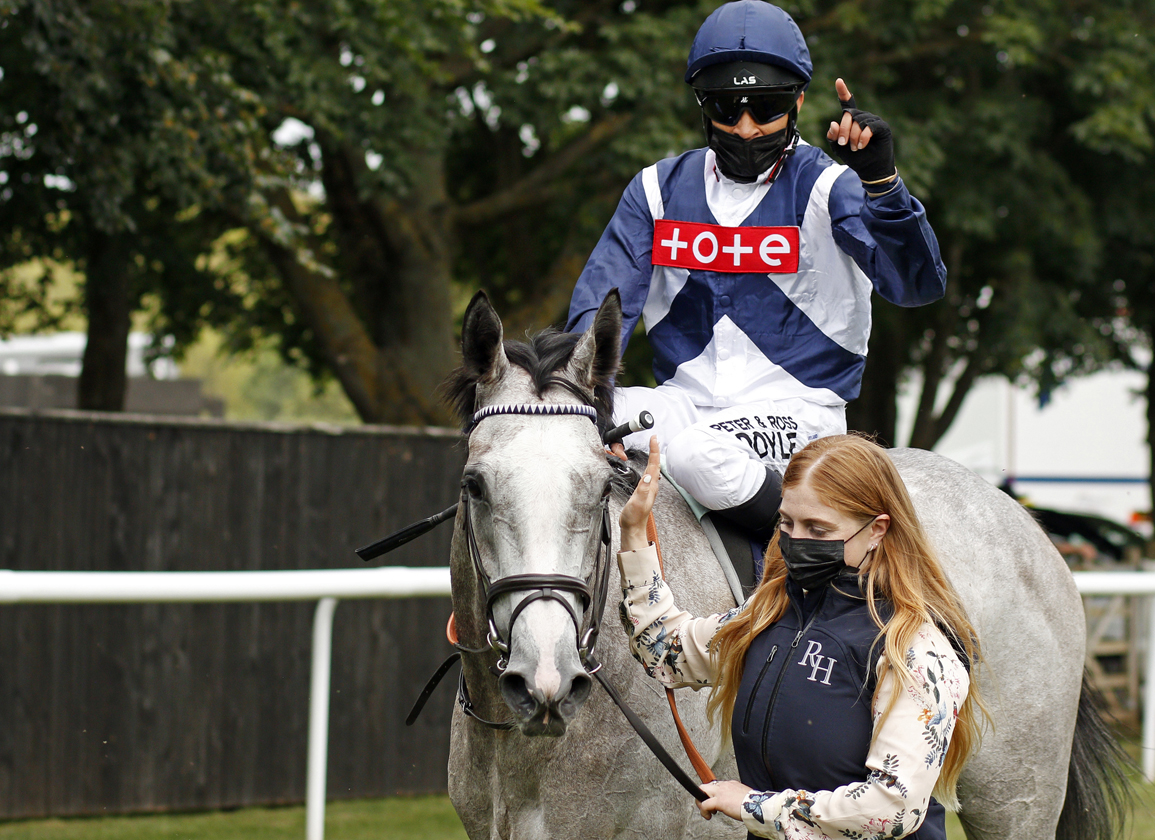 Snow Lantern with Sean Levey in the irons | Racingfotos.com

Group 1 winner Snow Lantern (GB) (Frankel {GB}), who races as a homebred for Rockcliffe Stud, is targeting the Oct. 2 Kingdom of Bahrain Sun Chariot S. at Newmarket. The 'TDN Rising Star', was second to Alcohol Free (Ire) (No Nay Never) in the G1 Coronation S. at Royal Ascot in June before relegating that filly to third in the G1 Tattersalls Falmouth S. at Newmarket on July 9. In her latest outing, the grey was third to Alcohol Free in the G1 Qatar Sussex S. at Goodwood on July 28.

Jockey Sean Levey, who was aboard Snow Lantern for four of her six starts and is her regular rider, said, “I think she goes for the Sun Chariot, I think that's why she ran in the Sussex as they wanted to stay at the mile for now. She ran a blinder in the Sussex on ground which I personally don't think she likes.

“When she had good to firm at Newmarket, I think we all saw the true Snow Lantern there. She's a very good filly with plenty of potential and I just feel as though she keeps improving as the year goes on and it's exciting to know she's going to be in training again next year.

Added Levey, who was serving a suspension during the Sussex S. which saw Jamie Spencer aboard the filly, “For me, she's a great filly to have.”