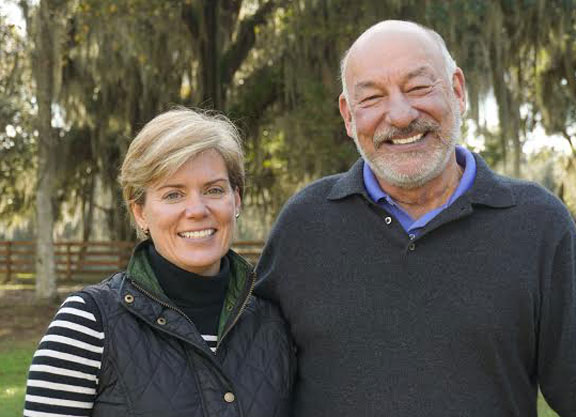 HALLANDALE BEACH, Fla–Not content to hold the richest dirt race in the world, the Stronach Group may create a Pegasus World Cup race on the grass in the near future, Pegasus World Cup CEO Jack Wolf told the Thoroughbred Daily News.

Wolf said Stronach Group Founder and Honorary Chairman Frank Stronach has discussed with Pegasus stakeholders the idea of having a turf race in addition to the $12-million dirt event to be run Saturday at Gulfstream. Wolf said that Stronach wants more international participation in the Pegasus concept and feels that a turf race may be just the thing to get foreign racing interests paying more attention to both the grass and the dirt race.

“Frank wants to get the Europeans more involved, and a turf race would be the obvious way to do that,” Wolf said. “He’d still want it to involve the original shareholders, but that has not been defined as of yet. He’s very interested in having an international flare to these races and in this case, with the race being on the dirt and at a mile-and-an-eighth, we’ve only got one foreign horse, Eragon (Arg) (Offlee Wild).

Wolf added, “We really haven’t done a very good job of marketing this race and selling this race to the foreign folks. (Stronach Group executives) Mike Rogers and Tim Ritvo went over to the big race in Japan and the input they got was the people there thought they couldn’t enter a horse because they had heard all the slots had been sold out. I didn’t do a very good job of doing what I should have done, marketing this race more to the Europeans and the Japanese.”

Wolf said a concerted effort was made to lure the Australian mare Winx (Aus) (Street Cry {Ire}), a winner of 13 straight and nine Group 1’s overall, but her connections had already mapped out a schedule that did not include the Pegasus.

Getting more foreign horses involved is vital to opening up Pegasus races to foreign betting markets, which often ignore races that don’t include horses from their own countries. Because stakeholders share in a portion of the betting handle, the more wagered, the more they will earn.

Wolf said a Pegasus grass race would work just like the GI Pegasus World Cup, with shareholders putting up $1 million to secure a spot in the race. Because top European horses are not in serious training at this point in the year, Wolf agreed that a Pegasus turf race in January would be impractical. He said it would likely be run in the fall, adding, “I wouldn’t be surprised if we saw one as soon as this fall.”

Wolf, like most everyone associated with the inaugural Pegasus, said the Stronach Group is committed to improving the race and doing whatever it can to make it better.

“There are some things that need to be tweaked and Frank brought them up to us after the draw when he had us all over to dinner,” Wolf said. “He truly wants to make this thing a partnership between the Stronach Group and the 12 shareholders, and all of us have the first right of refusal for next year. As an example of something that might change, the purse distribution. It’s fine if you win the race, but I think it needs to be tweaked a little bit to pay more money to some who finish worse than second or third; maybe more money for fourth, fifth, sixth. It’s particularly important when you get a year like this where the top two are so much better on paper than the others. Everyone knows there’s a possibility the race will be run at Santa Anita next year and they’re also discussing the mile-and-an-eighth versus the mile-and-a-quarter. And they’re looking at having more reasonably priced tickets and admission costs.

He added, “I think the future bodes well for the concept. A lot will depend on how the Stronach Group pulls this off, so far as the betting handle and the viewership numbers, which will obviously affect sponsorships.”