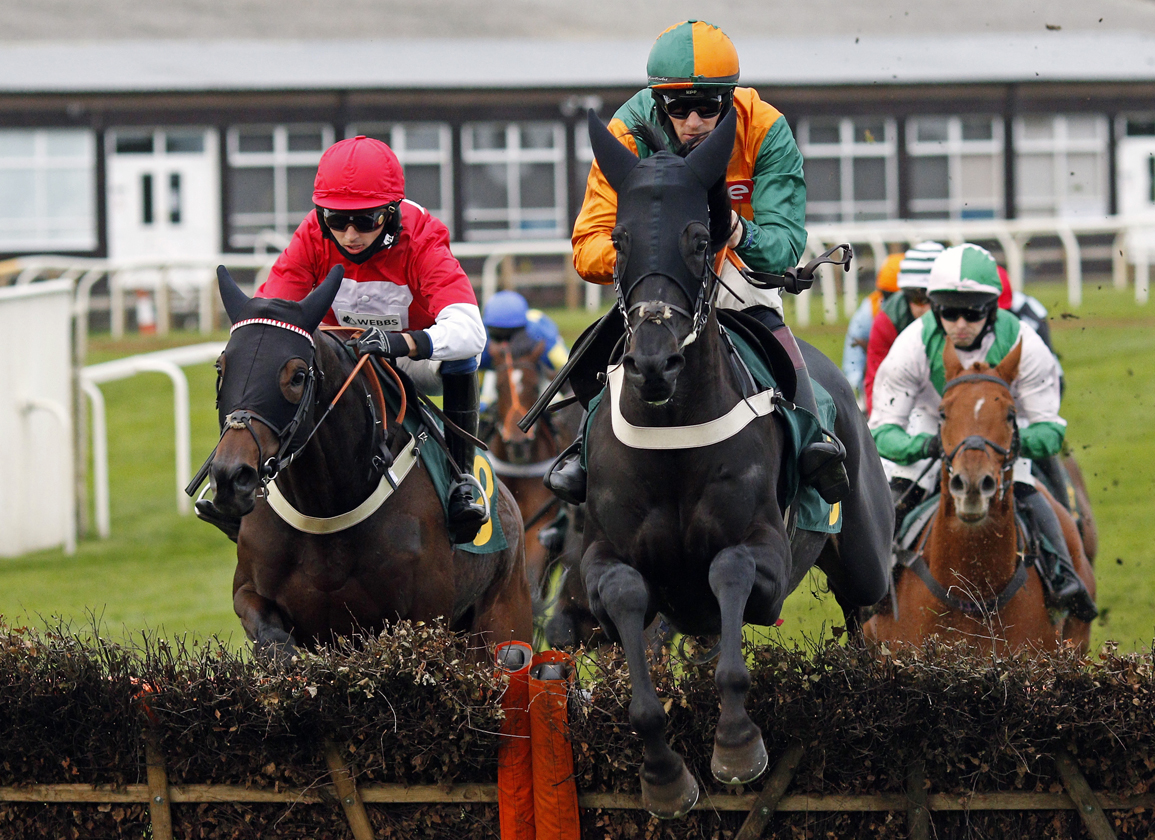 A horse clears a hurdle at Fakenham | Racingfotos.com

The approach of Storm Eunice, which will impact Ireland and the United Kingdom on Friday, has caused some racecourses to cancel their cards as a precautionary measure. Fakenham was called off on Thursday due to the severe weather warnings, and the Irish Horseracing Regulatory Board has cancelled Dundalk's Friday card, too. The storm is expected to bring high winds and, in some cases, snow.

“We discussed the situation with Jim Martin of Dundalk Stadium and Met Eireann this morning and again this afternoon and we felt with the current forecast for tomorrow it was prudent to make an early decision and cancel the fixture,” said IHRB Clerk of the Course, Brendan Sheridan via Twitter. “Many parts of the country are subject to Orange and Red Weather Warnings in the morning which would make travel unsafe and Met Eireann are also forecasting gusts with speeds in excess of 80km/h during race time.”

Kelso, one of three UK courses still set to race on Friday, will hold an inspection at 8 a.m. on Friday morning.

“We're only a yellow warning at the moment up here and we are getting nothing like the wind speeds down in England,” said clerk of the course Matthew Taylor. “Our concern would be snow more than anything and access to the racecourse maybe and the surrounding areas on high ground if they got heavy snow. We are in a trickier situation than most because it literally is just the waiting game.

“The problem as well is that the forecast is changing by the hour. We were supposed to be getting 10 centimetres of snow and then this afternoon it's changed back to rain so we don't know exactly what we're going to get.”

“We've got an 8 a.m. inspection so hopefully we can make the right call early.”

Lingfield and Southwell are both set to race as of Thursday evening, with Lingfield set to be inspected at 8 a.m. and Southwell, which is expecting 60-70mph winds, due for inspection at 10 a.m.

Kirkland Tellwright, clerk of the course at Haydock, is hoping by Saturday that the storm has weakened in advance of the course's Saturday meeting.

He said, “The main concern has been wind, which would be a problem on a raceday but shouldn't be the day before. There will be a lot of damage to repair, no doubt. Saturday is expected to be blustery, gusts of wind and more rain. Having walked the course a couple of times today, I'm pretty optimistic we'll get through.

“The hurdle course is heavy, soft in places, and is not in a bad place. The chase course is heavy, and very heavy in one or two places so we might be bypassing them. I've taken the second fence out in the back straight mainly as a precaution because it gives us more options in terms on how we get past that location.”