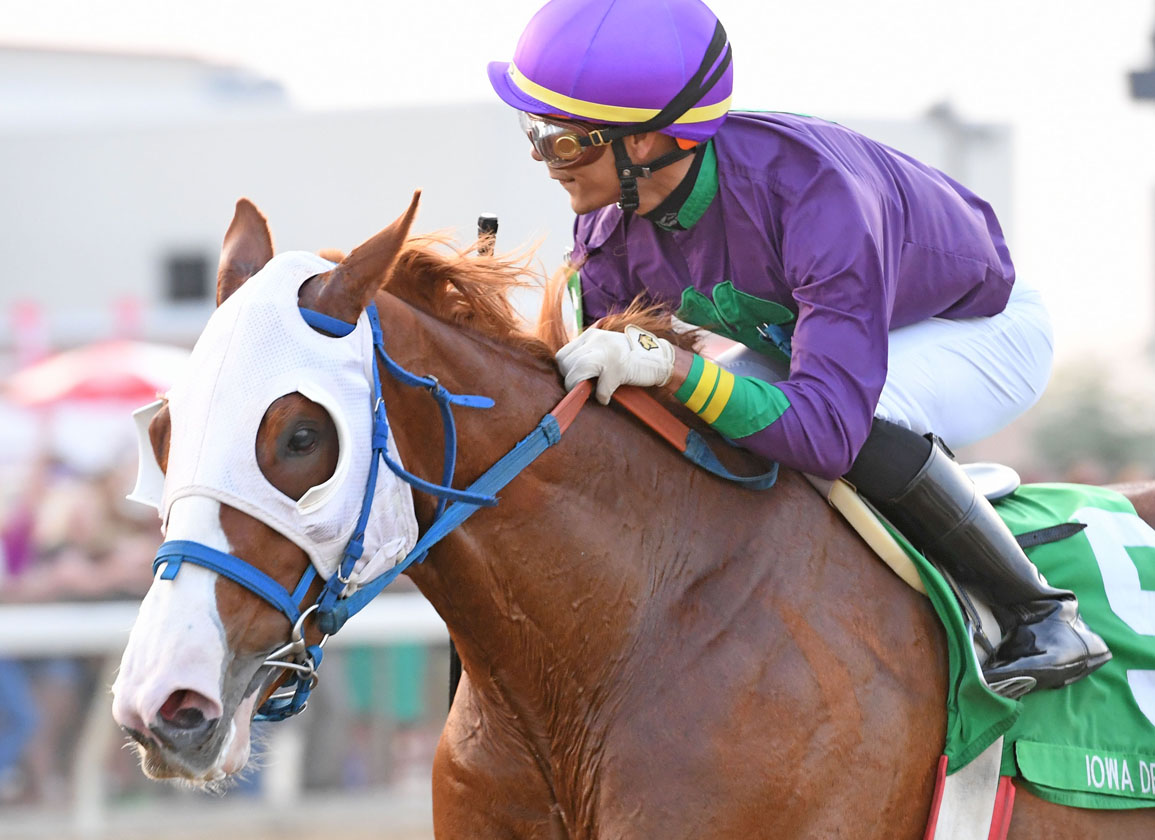 Steve Moger's Stilleto Boy (Shackleford), who has been knocking on the door to top-level success, will attempt to gain that first Grade I victory while facing four rivals in the GI Gold Cup at Santa Anita Monday. The chestnut gelding, 7-5 on the morning line, was second in last year's GI Awesome Again S. and third in the GI Malibu S., GI Pegasus World Cup Invitational, and GI Santa Anita H. before scoring a front-running victory in the Apr. 30 GII Californian S. last time out.

Pegram, Watson and Weitman's Defunded (Dialed In) looked poised for big things when second in last year's GIII Affirmed S. and GIII Los Alamitos Derby, but went to the sidelines following an optional-claimer romp at Del Mar in August. The  4-year-old, 3-1 on the morning line, resurfaced with a powerful victory in a one-mile optional claimer at Santa Anita May 8 in his first start for trainer Sean McCarthy.