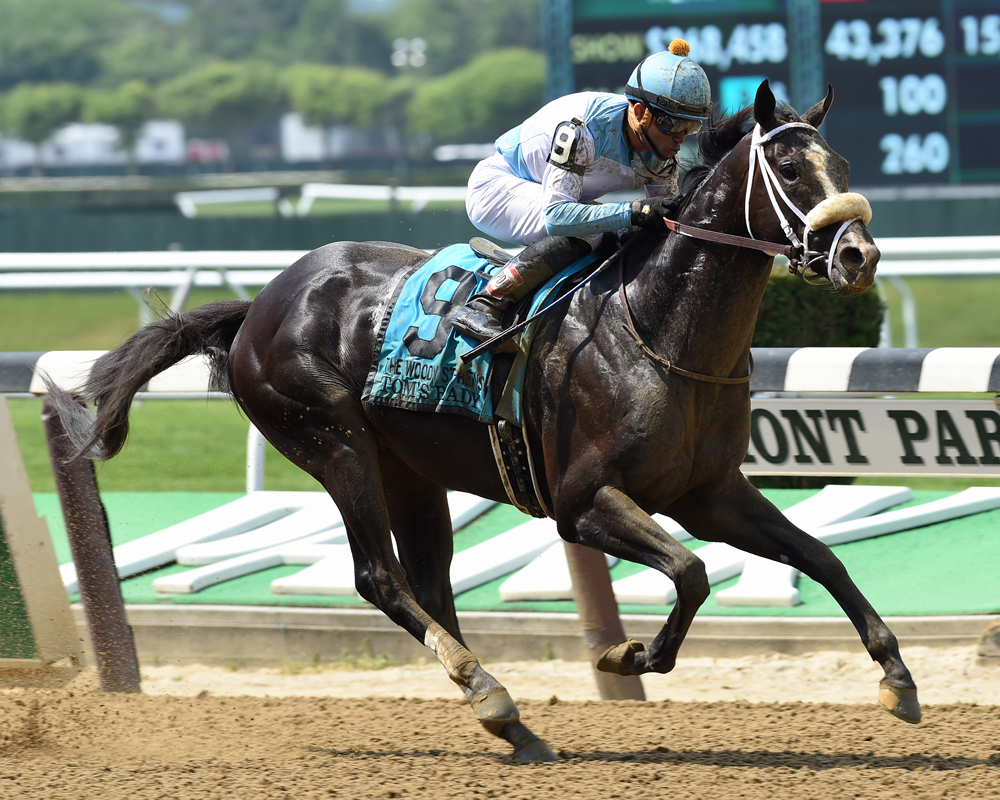 Dallas Stewart is ‘the big race’ kind of trainer. He is the type of conditioner who makes one admire the art of pointing a horse toward a certain race, and as the Breeders’ Cup is a prime example, not all races are created equally. Championships have a way of separating the men from the boys–the best from the good–and if any trainer out there is more enjoyable to watch rise to the top, he or she arguably has yet to surface in the modern era of Thoroughbred racing.

A sobering balance of precise and pleasant, Stewart runs his barn like a battleship that doubles as a luxury cruise. A walk down his shedrow and you will barely see a straw out of place in front of his well-born pupils, with evidence at every turn of a trainer more likely to pull up his own sleeves than micromanage to assure quality control. Make a turn into his office and you will find him relaxed and open to visitors, often asking more about them than they of him–not to mention being the consummate gem to the media in an industry with its fair share of rubble. Perhaps a quarter of such warmth is simply southern charm for the McComb, Mississippi, and New Orleans native–but the majority is that the winner of more than $40 million in purses understands that the proverbial end-game is what it is about, which includes treating people and horses properly in order to see them optimize their potential.

This year, Stewart enters the World Championships with two charges who not only appear capable in extremely tough fields, but also exemplify the quality-over-quantity mantra of a barn that consistently defies the tote board in the biggest events. Charles Fipke’s GI Breeders’ Cup Distaff hope Forever Unbridled (Unbridled’s Song) and GMB Racing’s GI Breeders’ Cup Dirt Mile hopeful Tom’s Ready (More Than Ready) will not be longshots like Stewart’s surprise GI Kentucky Derby runner-ups of 2013 and 2014–Golden Soul (Perfect Soul, 34-1) and Commanding Curve (Master Command, 37-1)–nor will they be as lofty a price as 2015 GI Preakness S. runner-up Tale of Verve (Tale of Ekati, 28-1). The well-bred duo–despite taking on towering favorites in their respective events–enter racing’s biggest weekend off key victories in logical preps, which should allot them sufficient respect at the windows.

Tom’s Ready, owned by the Benson family of New Orleans Saints (NFL) and Pelicans (NBA) ownership acclaim, has come into his own since trying extended sprints and integrating a sustained rally from well off the pace. A flashy last-to-first winner of the GII Woody Stephens S. on Belmont Stakes Day in June over seven furlongs, the nearly black 3-year-old colt enters off a similar performance in the GIII Ack Ack S. on Oct. 1 in which he spoiled defending champion sprinter Runhappy’s (Super Saver) comeback party under a sharp ride by Brian Hernandez, Jr. The emblazoned Pennsylvania-bred comes into the Dirt Mile with a proper combination of fresh legs and plenty of seasoning, having raced only twice since June and having soldiered through a 10-race late summer through spring campaign that culminated with a 12th-place finish in the GI Kentucky Derby. Tom’s Ready must now go back to two turns, which is something Stewart looks forward to, considering his excellent runner-up effort in the nine-furlong GII Louisiana Derby in March.

“He’s really doing great right now,” Stewart reported. “I’m very happy. He’s really progressing and looks like he’s put on weight. This has been the plan, we just got off track in the GI King’s Bishop where things didn’t work out. He’s a ‘war horse’ who has been solid and run big in a lot of big dances.

“He’s been around two turns and run well, especially his second to Gun Runner (Candy Ride {Arg}) in the Louisiana Derby,” Stewart continued. “I’m thinking he’ll be laying back and have to be coming late. Dortmund (Big Brown) and Gun Runner are solid horses and the ones to beat. It would be pretty amazing (to win it for the Bensons).”

Tom’s Ready completed his serious training on Wednesday with a five-furlong drill at his Churchill Downs base in 1:01.80–good for eighth-best of 17 works at the distance. Sticking to plan, Runhappy is expected to run back in the Dirt Mile and vie for favoritism with Dortmund, who shortens up after a trio of valiant, yet vain, attempts against California Chrome (Lucky Pulpit). Gun Runner was pre-entered Dirt Mile, but cross-entered into the GI Breeders’ Cup Classic, while giving the latter first preference.

There is slightly more on the line with Forever Unbridled. Not only is she the daughter of Stewart’s GI Kentucky Oaks winner Lemons Forever (Lemon Drop Kid) and a full-sister to Grade I-winning barn favorite Unbridled Forever, but also a victory in the $2-million Distaff would likely mean a championship for the Fipke homebred.

The Distaff looks to be a tall order for any horse, much less a multiple Grade I winner like Forever Unbridled. In what appears to plausibly be the deepest of the 13 championship events, the Distaff drew three champions, two Breeders’ Cup winners and eight Grade I winners among its nine pre-entries. Names such as Songbird (Medaglia d’Oro), Beholder (Henny Hughes), Stellar Wind (Curlin) and I’m a Chatterbox (Munnings) stand in her way, but Stewart is not one to shy from any giants. In 2009, his Macho Again (Macho Uno) came within a photo-finish of stunning Rachel Alexandra (Medaglia d’Oro) in the GI Woodward S. In 2001, his Unbridled Elaine knocked off favored multiple GI winners Flute (Seattle Slew) and Spain (Thunder Gulch), coincidentally (perhaps prophetically) giving Stewart his lone Breeders’ Cup victory with a daughter of Unbridled’s Song in the Distaff.

“If she gets it done, I believe yes, [she should be champion],” Stewart said. “She’s traveled all over and done well everywhere she’s gone. She ran a big race at Belmont last time and ran great at Saratoga, but Cavorting also ran a great race that day. She won at Sam Houston early in the year and then at Oaklawn.”

Forever Unbridled has had a circle around the Breeders’ Cup all year. After a 3-year-old season that saw the tall bay filly close out her campaign with an inspiring victory in the GIII Comely S. at Aqueduct, she reeled off a pair of eye-catching wins in the GIII Houston Ladies Classic at Sam Houston and GI Apple Blossom H. at Oaklawn early in the year. After a dreadful trip forced her second to Cavorting in the GI Ogden Phipps, she lost the GI Personal Ensign to that rival in a blanket finish, ending up third beaten three-quarters of a length. Last out, in the GI Beldame Invitational at Belmont, she toyed with rivals, signaling her continued progress and professionalism with a facile 2 1/4-length tally under Joel Rosario.

“She’s a big old filly that just loves running and I think she’ll be tough,” Stewart concluded. “I’m happy with the way both she and Tom’s Ready have run all year and the condition they’re in now. We’re looking forward to it.”

Though they may seem up against some seriously stacked decks in their tough Breeders’ Cup events, both Forever Unbridled and Tom’s Ready have an ace up their collective sleeve in the form of a 57-year-old winner of 32 graded stakes. Stewart, who oversaw the development of such champions as Winning Colors, Lady’s Secret, Thunder Gulch and Serena’s Song while an assistant for D. Wayne Lukas for 12 years, knows how to get ‘the big race’ won. Not only that, but he will likely put a smile on one’s face and some cash in their pocket in the process.