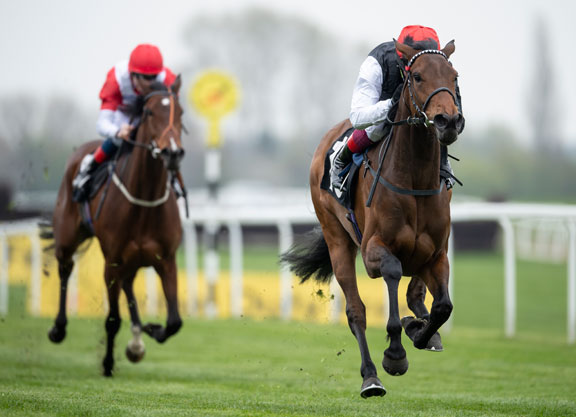 John Gosden has earmarked next month’s G1 Darley Yorkshire Oaks as the first target for MG1SW Star Catcher (GB) (Sea The Stars {Ire}) ahead of a potentially busy autumn campaign. Last year’s G1 Irish Oaks heroine is being readied to make her comeback in the 12-furlong contest, which could potentially see her clash with stablemate, and dual G1 Prix de l’Arc de Triomphe winner, Enable (GB) (Nathaniel {Ire}). The Anthony Oppenheimer homebred established herself as one of the best middle-distance fillies in training after adding to her Curragh Classic success with further top-level triumphs in the G1 Prix Vermeille at ParisLongchamp and on Champions Day at Ascot in October.

Gosden said, “She was ready to run in Dubai and we had her all primed, but at the very last minute we decided not to put her on the plane and of course they then they basically shut down the United Arab Emirates. After that I let her down a bit and gave her a nice little holiday. I thought ‘don’t train her and back right away’ as there was no racing and we didn’t know when we would start again.

“After speaking to Mr. Oppenheimer, we decided to go August onwards with her and–potentially into November. I want to bring her back to the Yorkshire Oaks, then potentially look at the Vermeille again. She is in the Arc and there is Fillies & Mares S. back at Ascot and we would even think of the Breeders’ Cup.”

Having given Enable a racecourse gallop at Newmarket’s July Course ahead of her return in the Eclipse, Gosden has not ruled out doing something similar with Star Catcher, who also struck gold in last season’s G2 Ribblesdale S. at Royal Ascot.

He added, “I might give her a racecourse gallop before the Yorkshire Oaks, but she is pretty simple and gets herself ready. We might pop her down at the July Course before going to York, though.”