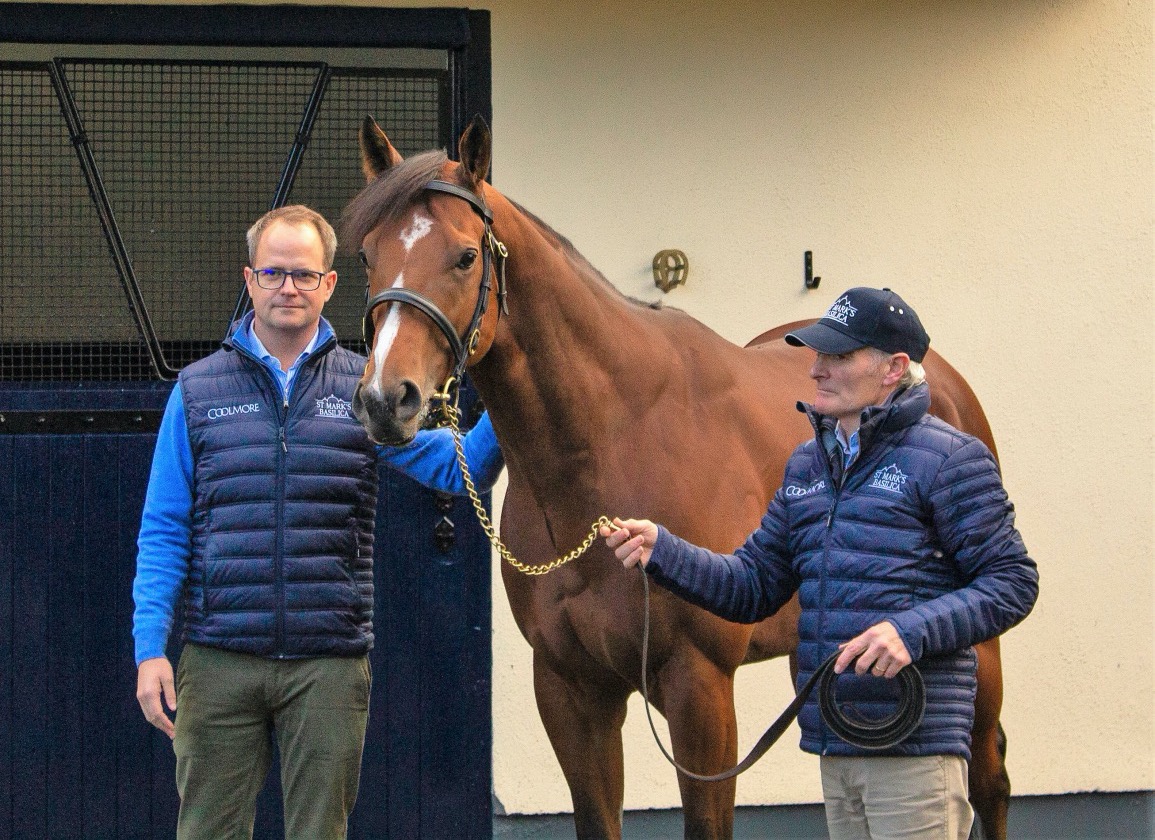 The top-rated horse in the world in 2021, he is a half-brother to his fellow Classic winner and Coolmore sire, Magna Grecia (Ire) (Invincible Spirit {Ire}), the pair having been bred by Bob Scarborough and both trained by Aidan O'Brien for Derrick Smith, Sue Magnier and Michael Tabor.

Winner of the G1 Dewhurst S. at two, St Mark's Basilica was never beaten after his final juvenile start, which saw him crowned champion two-year-old in Europe. This season he took France by storm when winning the G1 Poule d'Essai des Poulains on his seasonal resumption in May, followed by his second Classic victory three weeks later in the G1 Prix du Jockey Club.

St Mark's Basilica returned to England to beat his elders Addeybb (Ire) and Mishriff (Ire) in the G1 Eclipse S. at Sandown before signing off in a thrilling tussle for the G1 Irish Champion S. with the top-class mare Tarnawa (Ire).

The first horse since Frankel to be top-rated by Timeform at two and three, St Mark's Basilica joins another son of Siyouni, last year's Prix de l'Arc de Triomphe winner Sottsass (Fr), on the roster in Fethard.