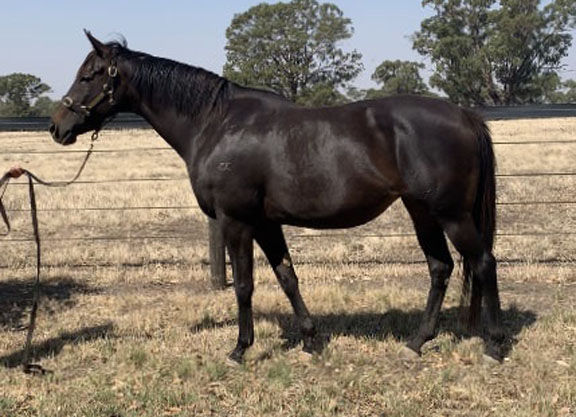 Rushton Park offered the 8-year-old mare, who placed in the G3 Bow Mistress S. at her final start, having won six races all up. The additional appeal of her being in foal to Street Boss, having recently had her first foal by Astern (Aus), was compelling for Spendthrift.

“She obviously has a very deep American female family and there is a fair amount of action in the top end of the page,” Spendthrift Australia General Manager Garry Cuddy said.

“If it goes in the right direction, this mare might have more value in the Northern Hemisphere which is obviously something we look for when we buy anything in Australia and vice versa when we go to the sales in the USA,” added Cuddy. “Being in foal to Street Boss, for now we just sit back and cross our fingers that Hanseatic (Aus) wins the Blue Diamond and increases the value even further.”

Her colt by Astern has just been weaned with the intention he will be sold at the Inglis Melbourne Premier Sale in 2021. The second top lot of the February (Early) Online Sale was the Chris Waller-consigned Phoneme (Aus) (Choisir {Aus}), sold to Canal Enterprises for AU$80,000.