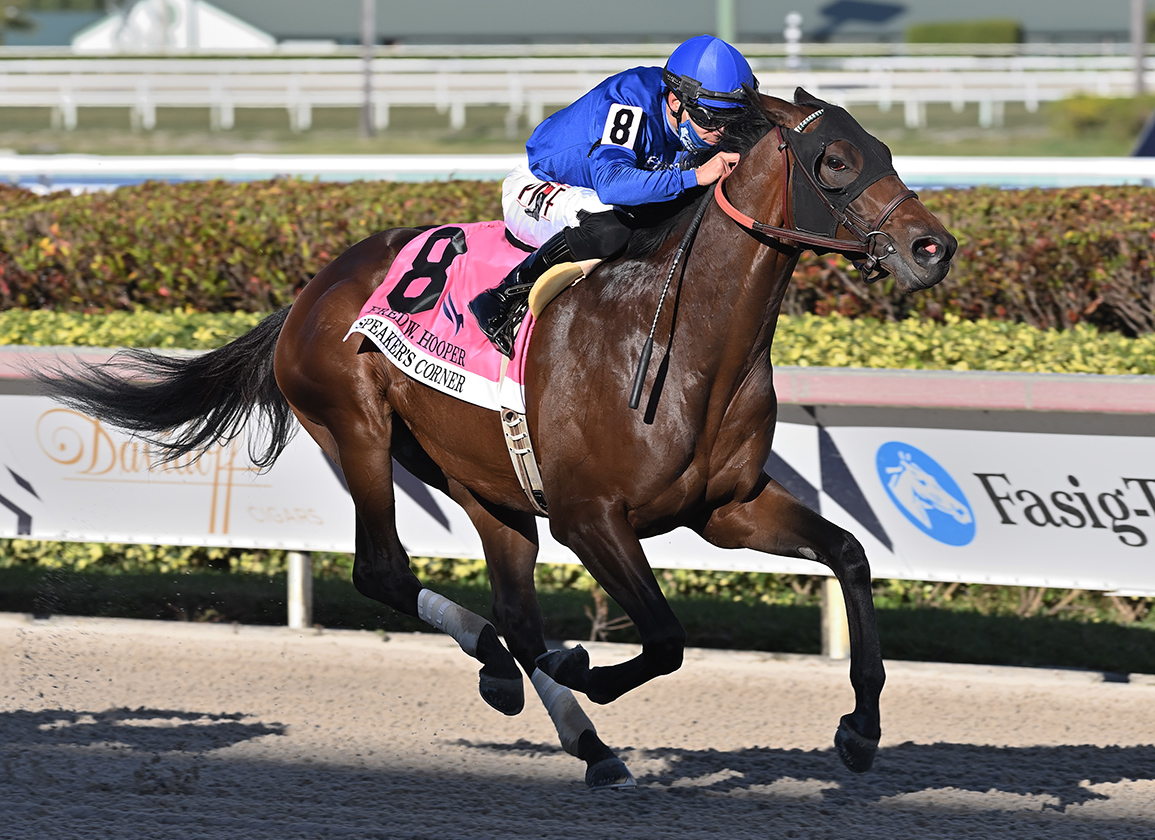 Always held in high regard by his connections, the Godolphin homebred has found his calling around one turn this year after concluding his sophomore season with a drifting second in the 1 1/8-mile Discovery S. here Nov. 27. Drawn widest of all in post eight, the 8-5 Carter morning-line favorite is conditioned by Hall of Famer Bill Mott.

“He showed plenty last year. We tried stretching him out, but it wasn't really what he wanted to do,” said Godolphin bloodstock director Michael Banahan. “We got him back out to one-turn miles and he was impressive in both of those. That's [one-turn contests] what it looks like he wants to do.”

The MGISW 6-year-old Mind Control (Stay Thirsty), second in this race last year, posted head victories in the GII John A. Nerud S. July 4 and Parx Dirt Mile S. last out Sept. 25. He was forced to sit out the GI Breeders' Cup Dirt Mile after spiking a fever.

Rail-drawn 'TDN Rising Star' Reinvestment Risk (Upstart), runner-up in both the GI Runhappy Hopeful S. and GI Champagne S. at two, finished third in his lone start at three. He returned off a subsequent seven-month layoff with a sharp win with a career-best 103 Beyer in an optional claimer at Gulfstream Feb. 26.