Spa Notes: War of Will Breezes Towards Jim Dandy 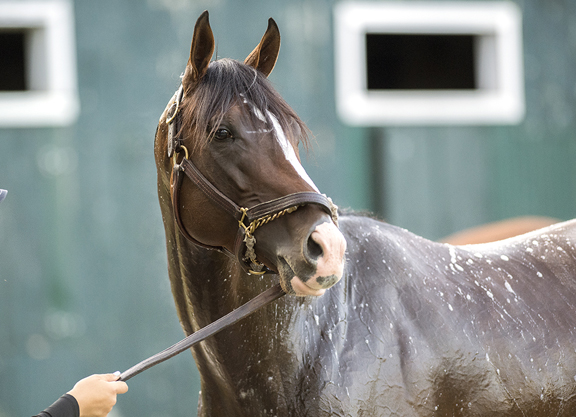 War of Will | Sarah K Andrew

Gary Barber’s War of Will (War Front) indicated his readiness for the July 27 GII Jim Dandy S., breezing a smooth half-mile in :49.33 over the Saratoga main track Friday morning. The GI Preakness S. winner was put through his paces by Tyler Gaffalione, who retains the mount in what will be a prep for the GI Runhappy Travers S. Aug. 24.

“He went great. It was honestly one of his best works to date, really,” Gaffalione said. “He seemed to love the track, handled it real well, and was full of energy. Every week he’s just getting stronger and stronger. We’re really looking forward to his next race. It’s going to be a competitive field, but the way he’s been training and how he looks, his whole demeanor, we’ve got a ton of confidence.”

“He went well, you couldn’t ask him to do anything better. I told Tyler I didn’t want him to go fast,” the conditioner said. “The first quarter he was a little slow, so we radioed Tyler to pick it up a bit. He gets over the Saratoga surface really well. Tyler said it reminded him of the work before the [Kentucky] Derby. He said last week was good and this week was even better.

Casse added: “If you want to see poetry in motion for a horse, and what you would like to see out of a racehorse–he’s what it is. He’s the entire package.”

Trainer Bill Mott reports that Juddmonte Farms’ homebred Hofburg (Tapit) emerged from his comebacking allowance win July 18 and is under consideration for the GI Woodward S. over the same nine-furlong distance Aug. 31.

“I thought he ran really well,” said Mott. “Tactically, he was good. He was up in the race and when Jose [Ortiz] asked him, he drew away from his company. He didn’t hang at the end and it seemed like he had good energy the last eighth of a mile. It was a very good race.”

A half-brother to MGISW Emollient (Empire Maker), Hofburg was runner-up in last year’s GI Florida Derby in just his third career appearance and was third to Justify (Scat Daddy) when that one clinched his Triple Crown in the GI Belmont S. The overpowering five-length winner of the restricted Curlin S. last July, he was unplaced in the GI Pennsylvania Derby and GII Fayette S. and was getting the blinkers off for his return to action Thursday.

He’s No Lemon (Lemon Drop Kid), who rallied from last behind no pace whatsoever to take a second-level allowance over 11 furlongs Thursday afternoon, will likely make his next appearance in the $1-million Jockey Club Derby going a mile and a half at Belmont Sept. 7. The Jockey Club Derby is the final leg of NYRA’s newly formed Turf Trinity, which also features the GI Belmont Derby and Saratoga Derby.

“I actually questioned a little bit how far he wanted to go but the way he won [Thursday afternoon] he put that to rest. We’ll point to the last leg of the Turf Triple,” trainer Graham Motion said.

A homebred for Alex G. Campbell, He’s No Lemon has never missed the top three in now four tries over the mile and three-eighths. A maiden winner at Tampa going that trip Feb. 3, he was third in allowance company at Churchill May 17 and at Belmont June 6 ahead of Thursday’s score as the 3-2 chalk.