Southwest Showdown Well Worth the Wait 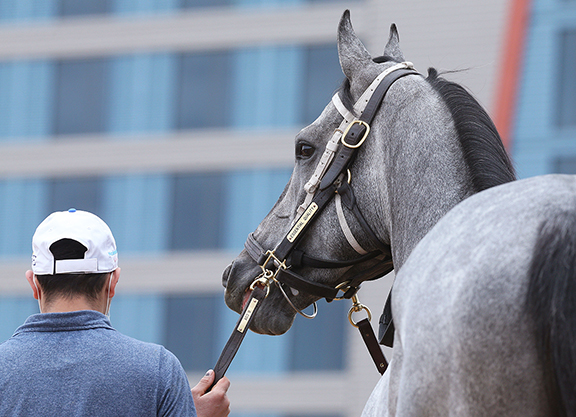 Following a two-week delay as Mother Nature packed a powerful winter punch, a pair of 3-year-old heavyweights are set for round two in Saturday's GIII Southwest S. at Oaklawn Park.

Recently crowned champion and 'TDN Rising Star' Essential Quality (Tapit) capped a perfect, three-for-three season closing smartly into a hot pace after covering plenty of ground to capture the GI Breeders' Cup Juvenile at Keeneland last out Nov. 6. The Godolphin homebred previously stalked and pounced with authority in Keeneland's GI Claiborne Breeders' Futurity Oct. 3. Regular rider Luis Saez will be aboard the 3-2 morning-line favorite, who has been assigned the rail in the field of seven.

“I don't think [the rescheduling] is a negative at all, as far as moving forward, with any of my horses,” said trainer Brad Cox, who will also saddle champion Monomoy Girl (Tapizar) in Sunday's postponed GIII Bayakoa S. in Hot Springs.

Two-time Grade I winner Jackie's Warrior (Maclean's Music), favored at 4-5 while carrying a four-for-four record into the Juvenile, paid the price for racing prominently through ambitious fractions of :22.58 and :45.31 that day, and all things considered, ran well in defeat to stay on fourth in his route debut after leading at the stretch call. The bay's resume is highlighted by front-running tallies in the GI Runhappy Hopeful S. at Saratoga Sept. 7 and GI Champagne S. at Belmont Oct. 10, respectively. He will be the one to catch in this second attempt around two turns.