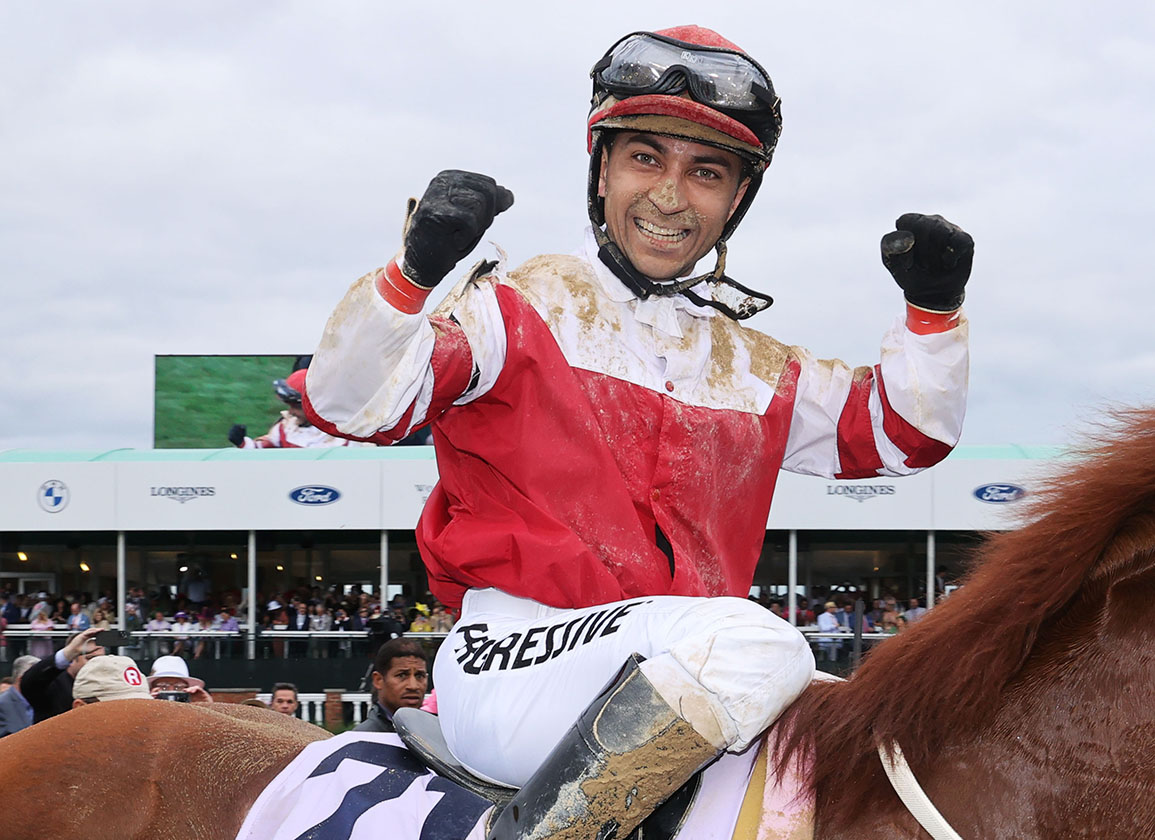 Sonny Leon, the winning rider aboard Rich Strike (Keen Ice) in this year's GI Kentucky Derby, is about to relocate to Gulfstream Park. He is listed to ride six horses on the Saturday card, including Easy Come Easy Go (Midnight Storm) in the $75,000 Azalea S.

Leon has been riding at Belterra Park, where he was fourth in the standings with 33 wins entering Thursday's card.

“He's going to move his tack there for now and give it a shot,” said Jeff Perrin, his agent at Belterra. Perrin will not be working with Leon at Gulfstream. “His last day in Ohio will be Friday and then he'll head to Florida. He was friends with Emisael Jaramillo, who was second in the standings, and that jockey got hurt. He will be working with his agent, who has a good book of business. You can't blame Sonny. It's a great opportunity. We won the Kentucky Derby. We shocked the world.”

Leon has flourished at lesser tracks like Belterra and Mahoning Valley, but, aside from the Kentucky Derby, has had few mounts at major tracks. The Derby is his only graded stakes win. Trying to break in against a solid riding colony at Gulftstream will be a big test of his abilities.