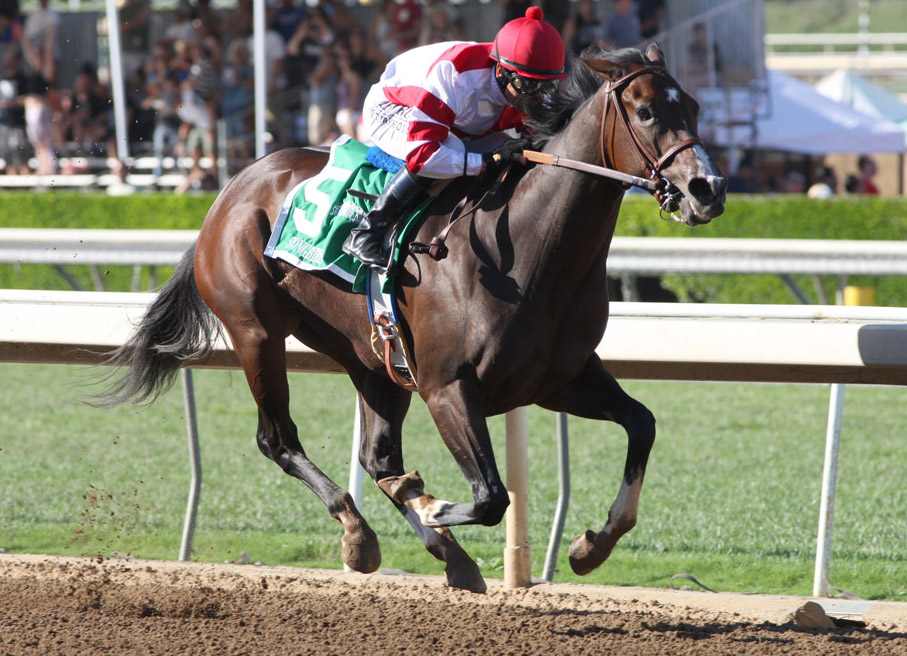 Fox Hill Farm's Songbird (Medaglia d'Oro), unbeaten winner of the GI Breeders' Cup Juvenile Fillies, has been named Eclipse Champion 2-Year-Old Filly. The dark bay received all but one of the first-place votes for the award after her four-for-four season which also included wins in the GI Chandelier S. and GI Del Mar Debutante.