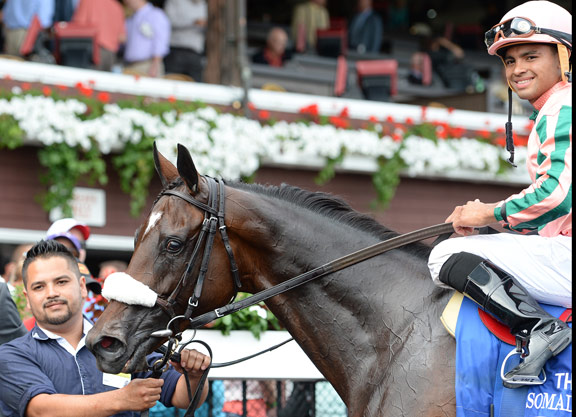 Caroline Forgason homebred Somali Lemonade (Lemon Drop Kid–Chic Corine, by Nureyev) and her Frankel foal passed away Saturday due to complications during foaling, according to Forgason’s sister Helen Alexander. The 2014 GI Diana S. winner was 7 years old and this was her first foal.

The dark bay captured the 2011 GIII Jessamine S. in just her second start, and her other career highlights include the 2013 GIII Dr. James Penny Memorial H. and the 2014 GIII Gallorette H. The last victory of her career was an 11-1 upset of GI Breeders’ Cup F/M Turf winner Stephanie’s Kitten (Kitten’s Joy) in the Diana. She retired with a record of 24-6-3-3 and $981,796 in earnings.

Out of a daughter of GISW Chic Shirine (Mr. Prospector), Somali Lemonade hails from the female family of GISWs Keen Ice (Curlin) and Verrazano (More Than Ready); and MGSW Hungry Island (More Than Ready).