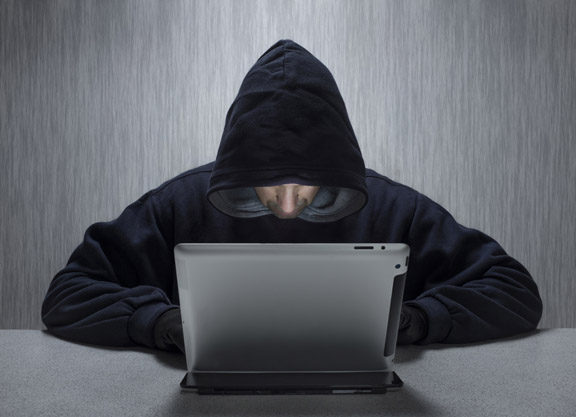 After nearly a year of dormancy, a scam in which trainers are targeted by someone claiming to represent a wealthy foreign businessman who wants to get into the game by handing over high-level horses is making the rounds again.

In reality, the fraudsters are using the ruse of a too-good-to-be-true business deal to gain access to a trainer’s phone or computer, presumably to steal financial data, bank account numbers, and passwords.

The way the thieves try to pull off the swindle is by having a person pretending to be an intermediary first call to outline the proposition, with the caveat that the allegedly super-rich mogul will only conduct subsequent business over ultra-secure communication lines.

The trainer is then steered to a fake technology pro who allegedly works for the businessman. Using a remote internet connection, that person will want to inspect the trainer’s digital device for what is described as a safety check. If given permission to access the trainer’s phone or computer, the scammers will then try to harvest personal data from it while claiming that the machine is full of security breaches.

If the ploy gets this far, the con artists will try to get debit card information from the trainer, claiming that a fee is required for custom software that needs to be installed to make the device secure before the rich investor will communicate with them.

What makes the scam so nefariously ingenious is that the hustlers are using the names of actual high net-worth individuals, encouraging potential victims to Google the person as a means of due diligence. Everything appears to check out online, but trainers have no way of knowing that the real wealthy person has nothing to do with the con artists.

“It was pretty elaborate,” one prominent, longtime Southern California trainer told TDN Friday. “They totally had me there for awhile.”

The trainer requested anonymity because the scam went far enough that his computer was compromised, and he doesn’t want to encounter further woes if the con artists decide to retaliate against him for speaking publicly about what happened.

The trainer said his ordeal began when he was recently cold-called by an individual claiming to represent one of the wealthiest men in China. The alleged intermediary explained the businessman’s “vision for racing,” claiming that he had recently purchased 30 Thoroughbreds and wanted to give 10 to the trainer to race in Southern California.

This method of operation deviates only slightly from similar scams reported in 2016 and again this past January by the Paulick Report. In those versions, the location of the supposed magnate was in the Middle East or India.

The intermediary encouraged the trainer to look up the potential client on Google, where everything the scammer claimed–like the wealthy man sponsoring races in Australia and being the part-owner of a soccer club in Europe–checked out.

“To make a long story short, he said he needed a really secure line of communication, and he would need his internet guy to contact me to make sure my computer was secure,” the trainer said. “Apparently, he was so wealthy that he couldn’t risk someone listening in to his horse plans.”

The trainer soon got a call that came up on his phone as an Australian number, which he now believes was spoofed.

“For all I know, it could have been from West L.A.,” the trainer quipped.

“I gave him access to my computer, and sure enough, the tech guy said all these viruses showed up,” he said.

But the technologist could clean up the trainer’s computer and make it secure–by installing software that cost $1,200 for a five-year subscription.

Considering the boost in horseflesh he’d soon be getting, the trainer chalked up the pricey patch as a cost of doing business.

But the trainer couldn’t immediately follow through on the payment because, as luck would have it, “I’m one of the few people on the planet who doesn’t have a debit card.”

The bogus tech worker proposed other means of payment, which bought the trainer some time to think over what was happening.

“I had some really bad thoughts about this, so I went down to the bank and closed out all of my accounts. I took cashier’s checks, and opened new accounts,” he said.

Yet still–and this underscores the allure of the confidence hustle–the trainer wondered whether he was over-reacting, and that his own paranoia might scuttle a lucrative deal.

“On the other hand, I was still very intrigued at the prospect of getting horses of high quality from a wealthy individual,” he said.

The trainer then got back in touch with the tech guy, who grew angry when the conditioner balked at payment.

“And that set off another red light,” the trainer said.

The trainer then called the intermediary and asked for the names of some of the horses the potential client wanted to hand over. Beyond saying one of them was sired by Frankel, the intermediary couldn’t provide those basic details.

“He got really incensed and said ‘I don’t like your allegations.’ Then his accent changed from Chinese to something else,” the trainer said–another tipoff that something was amiss.

The conditioner ended the communication there. He lost no money, but plenty of peace of mind and time.

“I had to buy all new computers and open new bank accounts, just to be safe,” the trainer said.

He also said he shared what happened to him with another prominent California-based trainer, who told him, “Oh yeah, they got me too, for $500.”