Snowfall Faces Test Of The Generations 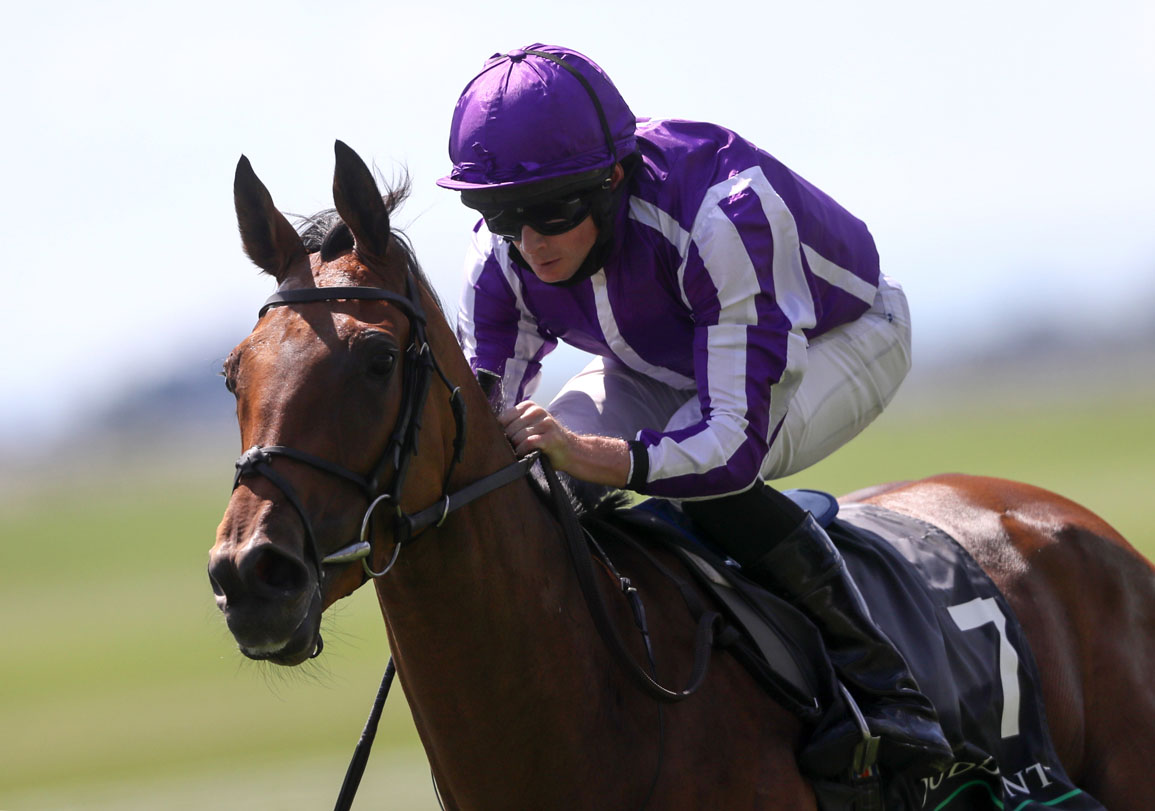 Having played with a crop of 3-year-old fillies unable to stay within hailing distance of her so far this year, Ballydoyle's fast-ascending starlet Snowfall (Jpn) (Deep Impact {Jpn}) has a proper examination awaiting her on York's Knavesmire on Thursday as Wonderful Tonight (Fr) (Le Havre {Ire}) squares up in the G1 Darley Yorkshire Oaks. Thoroughly scintillating in the June 4 G1 Epsom Oaks and impressive as the widest-margin winner of the G1 Irish Oaks on record at The Curragh July 17, she even has course form having kickstarted her illustrious campaign in the May 12 G3 Musidora S. and the advantage of a nine-pound weight-for-age swing with her 4-year-old foe. All that said, she is dealing with a completely different type of animal than her accompanying stablemate Divinely (Ire) (Galileo {Ire}), who was nearest in the Irish Classic, 8 1/2 lengths behind. Divinely was subsequently 16 lengths behind Wonderful Tonight when fourth in the 14-furlong G2 Lillie Langtry S. at Goodwood at the end of last month, so a question mark remains over the quality of the middle-distance Classic generation among her sex.

Aidan O'Brien said of Snowfall, “We always thought the world of her last year, but it never worked out and she looks very good at the moment. From the minute she started this year, everything has gone well and the lads are all very happy with her. She's straightforward, she relaxes and quickens so I suppose that's her big thing. She also looks like she gets a mile-and-a-half very well. She won at York making the running herself and, in the Oaks, Frankie ended up dropping her in. We saw what she did there and at The Curragh Ryan [Moore] took his time on her and she quickened very well. She comes on the bridle at the right time of the race. We haven't had many by Deep Impact, but they have great minds, they quicken and they seem to get better.”

Christopher Wright's Wonderful Tonight is on a roll, having won four straight including the G1 Prix de Royallieu at ParisLongchamp and the G1 QIPCO British Champions Fillies & Mares S. at Ascot in October, the G2 Hardwicke S. back at the latter venue June 19 and the Lillie Langtry. Trainer David Menuisier is looking forward to finding out where she stands with her year-younger rival, but remains tunnel-visioned when it comes to the Oct. 3 ParisLongchamp monument. “If she gets beaten by something on good ground, I won't lose any sleep,” he said. “She'll run a good race and it's another step towards the Arc–that's how we see it. It will be interesting. We don't really look at the opposition. We're just looking at our own race and ticking the boxes we want to tick on the road to the Arc.”

There is a sizeable gap between the two main protagonists and Lordship Stud's Loving Dream (GB) (Gleneagles {Ire}) and Shadwell's Eshaada (GB) (Muhaarar {GB}), who were first and second in Royal Ascot's G2 Ribblesdale S. June 17 and arrive here fresh. “We're perfectly aware of the quality of the field, but she has done nothing wrong in her career,” John Gosden said of the former. “She's a very genuine filly and it's nice to run in a Group 1 rather than carrying a penalty elsewhere. We'll be hoping for a bold effort from her.” Eshaada's trainer Roger Varian commented, “Eshaada is still very lightly-raced and looks a high-calibre filly. I thought we were a touch unlucky when she was beaten at Royal Ascot. Take nothing away from the winner, who won nicely, but we were done no favours by a wide draw and we covered a lot of ground that day.”

Supporting races on day two of the Ebor festival include the £150,000 G2 Sky Bet Lowther S. for the 2-year-old fillies, where Kirsten Rausing's flawless G3 Albany S. and G2 Duke of Cambridge S. winner Sandrine (GB) (Bobby's Kitten) looks to extend her unbeaten streak to four. She has three pounds to give to her 10 rivals, but has already proven herself on extremes of going having won the June 18 Albany on heavy ground and the July 9 Duke of Cambridge on good-to-firm at Newmarket in addition to notching a May 19 all-weather novice on Kempton's Polytrack. She is currently the standard-setter over this six furlongs and jockey David Probert has ultimate faith in her. “She's quite a light filly and I didn't know how she was going to handle the ground at Ascot, but pure ability got her through,” the jockeys' championship contender said. “She then had to prove herself at Newmarket on faster conditions and pretty much did it the hard way, as she was away from the field and I had to challenge wide. I had a sit on her last week and she seems in great form. She loves her work, she loves going out with the string and she has no downfalls. Obviously she'll have to carry a penalty, but she's a classy filly and looks the best one in the race. Fingers crossed, she'll give a good account of herself.”

Sandrine is set to face a pair of familiar rivals in the Stuart Williams trainee Desert Dreamer (GB) (Oasis Dream {GB}) and Amo Racing's Hello You (Ire) (Invincible Spirit {Ire}), who were second and third respectively in the Duke of Cambridge. Hello You is set to make her first start for David Loughnane, having raced under the guidance of Ralph Beckett for her first three outings which also included a second in the Albany. Desert Dreamer reappears off another second, her third straight in that position, in the July 24 G3 Princess Margaret S. at Ascot. Williams said of Desert Dreamer, “We feel she's been a bit unfortunate. In her last three runs, the winner has been on the other side of the course to her and I'd quite like to get into a fight with them really. It's nicer when they're challenging. She tries hard and is very professional about her racing now.”

Loughnane said of Hello You, “She's settled in nicely and she's a lovely filly. She's done absolutely nothing wrong on the track so far. It's obviously a tall order to try to reverse the form with Sandrine, but she's carrying a three-pound penalty this time and we'll have a crack at it–you never know what can happen. Hello You is a saint at home, but Rossa [Ryan] said she was a bit keen the last day in Newmarket, so we've decided to put a hood on her on Thursday.”

Friday's G1 Coolmore Wootton Bassett Nunthorpe S. has 15 runners engaged, with the likely favourite Golden Pal (Uncle Mo) drawn in one. Following his return success in the GIII Quick Call S. over 5 1/2 furlongs at Saratoga July 15, Susan Magnier, Michael Tabor, Derrick Smith and Westerberg's representative is away from the impressive July 30 G2 King George S. heroine Suesa (Ire) (Night of Thunder {Ire}) who is in 14. Suesa had 'TDN Rising Star' Dragon Symbol (GB) (Cable Bay {Ire}) three lengths back in that Goodwood contest and he re-opposes next to Golden Pal in stall two, while another pace angle is King Power's 3-year-old filly Winter Power (Ire) (Bungle Inthejungle {GB}) who is in six.