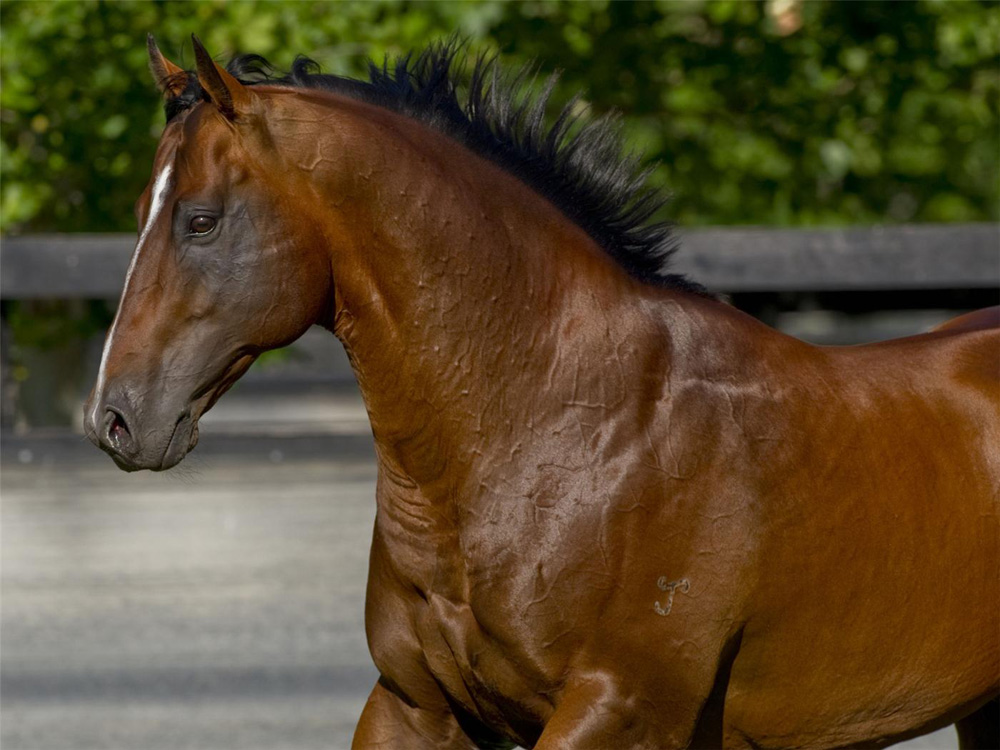 The 15-year-old was responsible for 159 winners over the year for earnings of A$16,175,135, beating out Winx (Aus)'s sire Street Cry (Ire) and former champion sire Fastnet Rock (Aus). Snitzel's 26 stakes winners for the year equaled the record set by his breed-shaping grandsire Danehill in 2001/02. Snitzel becomes the third generation of his sireline to be named champion sire, following on from Danehill's nine titles and Redoute's Choice's three titles. Snitzel's flagbearers last year included Group 1 winners Redzel (Aus), Russian Revolution (Aus) and Invader (Aus).

Snitzel was also Australia's champion 2-year-old sire of 2016/17, his chief earner in that realm being Invader, who led home a trifecta for his sire in the G1 Sires' Produce S. at The Championships. Snitzel sired eight juvenile stakes winners for the year and a record 32 2-year-old winners of 46 races in Australia.

Snitzel was also well ahead as the nation's leading sire of 3-year-olds, with G1 Galaxy H. winner Russian Revolution being his chief 3-year-old earner. He also led all sires of 3-year-olds by winners (68), wins (120), stakes winners (nine) and stakes wins (11).

Snitzel, who was the leading sire by aggregate at both the Magic Millions Gold Coast Yearling Sale and Inglis Easter Yearling Sale this year and sired five million-dollar yearlings, stands for A$176,000 this year.

Foxwedge (Aus) edged So You Think (NZ) for leading second-season sire honours, with Smart Missile (Aus), who led by number of winners (66), not far off in third.