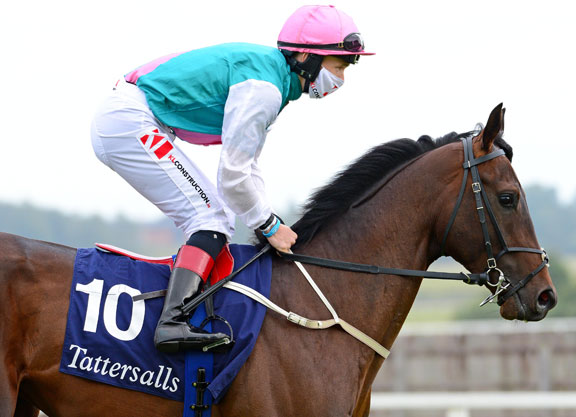 “The Breeders’ Cup Mile is under serious consideration,” Juddmonte Racing Manager Teddy Grimthorpe told the TDN. “We’re concerned about two things: one is the amount of rain that’s fallen in Kentucky the last few days; we know he’s a horse that’s best on fast ground so that’s one concern. The other concern is if they continue to race on the turf track leading up to the Breeders’ Cup, if that will impact on the track adversely.

“Those are the main considerations but at the moment the horse is in good form and is aiming towards Keeneland.”

Siskin, the winner of the G1 Irish 2000 Guineas and the G1 Phoenix S., is trained by Ger Lyons, who indicated on Nick Luck’s Daily podcast on Wednesday that the horse would be retired at the end of this campaign and stand at stud in Japan. Grimthorpe declined to comment on stud plans. Siskin’s breeding rights were sold in June to an undisclosed group of breeders, with Juddmonte retaining racing rights.

From the immediate family of sires Xaar (GB) and Bated Breath (GB), Siskin was unbeaten in four starts at two last year. After his Curragh Classic score in June Siskin was third in the G1 Sussex S. and fourth in the G1 Prix du Moulin de Longchamp after missing the break in the latter.