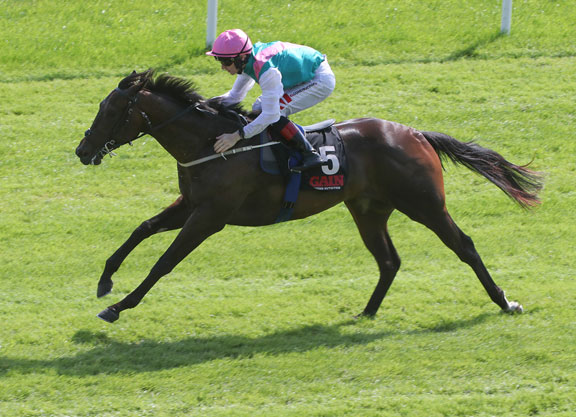 Speaking on Sky Sports Racing, Juddmonte's racing manager Teddy Grimthorpe said, “Obviously there have been various rumours and talk, so to confirm, breeding rights have been sold to him to a group of breeders. Confidentiality means I cannot say anything further. He will continue to race in the name and colours of Prince Khalid for his racing career.”

Siskin is closely related to the five-time Grade I winner Close Hatches, who is also by First Defence and is out of a half-sister to his dam Bird Flown (GB) (Oasis Dream {GB}). First Defence was himself sold to stand in Saudi Arabia in 2016, the year Siskin was conceived, in a deal brokered by Schumer Bloodstock.

Juddmonte currently stands five homebred stallions at its Banstead Manor Stud in Newmarket, including Frankel (GB) and Siskin's broodmare sire Oasis Dream (GB). The American wing of the operation, which stands Mizzen Mast, was dealt a blow recently by the death of its champion galloper Arrogate, a rare non-homebred to have raced in the prince's colours who was euthanised in early June at the age of seven.

Grimthorpe added, “Like everything there is a business to be run here and when the offer was made it was considered satisfactory and we took it from there. Obviously Prince Khalid has sold horses before and I'm sure he will do again.”

Among stallions to have been sold by Juddmonte is the late champion sire Danehill, who took up stud duties at Coolmore in 1990. Juddmonte also stands Frankel's full-brother Noble Mission (GB) and Flintshire (GB) in partnerships respectively with Lane's End Farm and Hill 'n' Dale Farms in Kentucky.

Siskin's likely next target is the G1 Sussex S. at Goodwood.