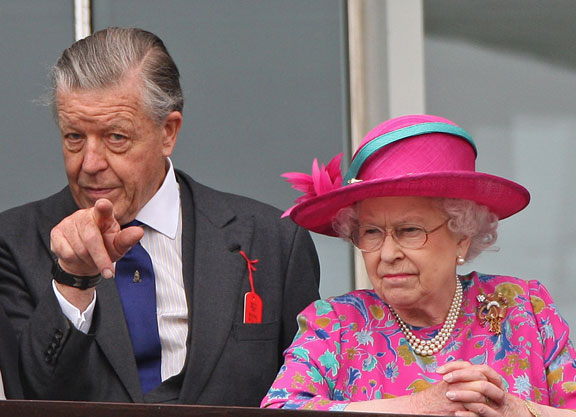 Sir Michael Oswald, who fulfilled various roles in horseracing for the royal family, has died, the Racing Post reported. He was 86. A manager of the Royal Studs for 28 years after beginning in 1970, Oswald also served as racing manager to the Queen Mother. He later became a jumps adviser to The Queen. Oswald is survived by his wife Lady Angela, who also served the royal family as a lady-in-waiting to the Queen Mother.

“He always said he had the most wonderful job anybody could ever have had and that for all his working life he was simply doing what he would have done had he been a rich man who didn't have to work,” Lady Angela told Racing Post.

John Warren, racing adviser to The Queen added, “Sir Michael did a magnificent job managing the Royal Studs for so long. He was deeply committed to the studs, the Queen and the Queen Mother. He was extraordinarily enthusiastic and got such a buzz out of all the royal winners.”