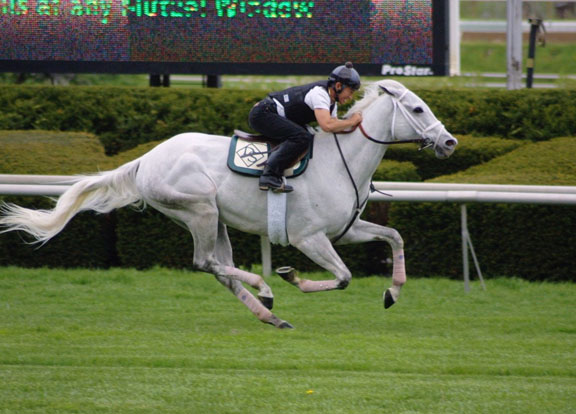 Silverfoot (With Approval–Northern Silver, by Silver Ghost), the aptly named gelding who became a fan favorite in turf marathons, was euthanized Tuesday morning at Rood and Riddle Equine Hospital due to complications of aging and the debilitating hoof disease laminitis. He was 20 and had been spending the past decade in retirement, most recently at Ballyrankin Stud in Lexington, Kentucky.

Bred by owner Stephanie Clark and campaigned in the name of her Chrysalis Stables, the five-time graded winner won 11 of 40 starts with trainer Dallas Stewart, earning $949,503 before his 2010 retirement.

“Silverfoot was a true champion,” Clark said. “I owe him so much. He gave me so many heartfelt moments.”

“Very sad to hear,” Stewart said of Silverfoot's passing. “He was and is truly one of my favorites.”