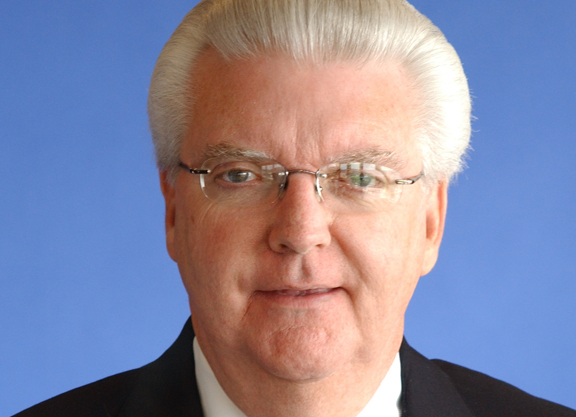 Funeral services for Donald Ray “Donnie” Richardson, the former senior vice president of racing for Churchill Downs Incorporated until his retirement in 2012, will take place Friday morning, Apr. 30, at the St. Patrick Catholic Church, 1000 N. Beckley Station Road in Louisville, with burial to follow in Cavalry Cemetery. A visitation was to be held Thursday evening.

Richardson, who was 75 at the time of his passing, was born Jan. 27, 1946, and spent the majority of his career in the racing business. His father, Elmer, ran the program department at Churchill Downs, the defunct Miles Park in Louisville and Latonia (Turfway Park) for more than three decades.

Donnie Richardson began selling programs at Churchill Downs at the age of 14. In 1969, he joined the track's racing office and also worked as a patrol judge. After holding a variety of positions at Kentucky's racetracks, as well as at Hialeah in Miami and at Oaklawn Park, Richardson returned to Churchill to become the track's assistant racing secretary from 1973-1978 and was the racing secretary for the extended Spring Meet at Churchill in 1978.

Richardson branched out in 1979 to become a jockey's agent, working with the likes of Chris McCarron and Don Brumfield as well as Jim McKnight, Darrell Haire and Earlie Fires, among others. In 1990, Richardson became the stakes coordinator for Churchill Downs and later, as the senior vice president of racing, oversaw Churchill Downs' racing program and was responsible for policy development, strategy and horsemen's services for Churchill Downs Incorporated and its racing markets in Florida, Illinois, Kentucky and Louisiana.

“Donnie Richardson devoted his life to horse racing,” said Churchill Downs Racetrack President Mike Anderson. “He was a valuable Churchill Downs employee for 22 years and helped champion the growth of our stakes program, including the Kentucky Derby Week schedule of races we know today. Our hearts and prayers are with Donnie's numerous family and friends around the racetrack as they grieve during this difficult time.”

Richardson was preceded in death by his beloved wife Theresa Longazel Richardson and is survived by two daughters, Jennifer Richardson (Scott Rech); and Shelley Dunn (Jason); and two grandsons, Jonathan and Jack Dunn.