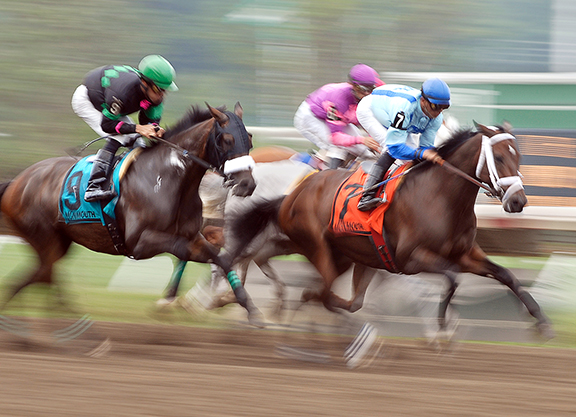 A second and separate federal lawsuit that would attempt to keep the Horseracing Integrity and Safety Act (HISA) from being implemented on grounds of alleged unconstitutionally continues its way through the legal pipeline.

Different from the March complaint filed by various Horsemen's Benevolent and Protective Associations against members who represent the HISA “Authority” and the Federal Trade Commission, this yet-to-be-filed lawsuit is being spearheaded by the Oklahoma Attorney General in conjunction with that state's racing commission.

Various other racing commissions are apparently being courted as co-plaintiffs, and on Apr. 20 the West Virginia Racing Commission (WVRC) voted 2-1 to authorize the state's attorney general to represent the WVRC in that litigation.

Details about the exact method of legal attack have yet to be publicly disclosed, but David Tryon, a lawyer for the Office of the West Virginia Attorney General, gave a hint at the anti-HISA strategy when he briefed WVRC members prior to the vote at Tuesday's meeting.

The WVRC at first met in executive session to discuss the matter, but when the public portion of the meeting resumed Tryon said the AG's staff has reviewed a draft of the coming complaint and deemed it “constitutionally infirm” on various grounds, including with regard to the anti-commandeering doctrine and in matters related to ceding legislative and executive powers to a private entity.

On Apr. 16, the United States Trotting Association's board of directors voted 35-8 to join that same lawsuit.

“The AG's office is trying to not make representations based on the merits of the legislation so to speak, but rather spoke to the constitutionality,” of the powers granted by the new law to police the sport, commissioner J.B. Akers said.

Akers and chairman Ken Lowe Jr. voted to have the WVRC join the HISA fight. Commissioner Tony Figaretti cast the “no” vote.