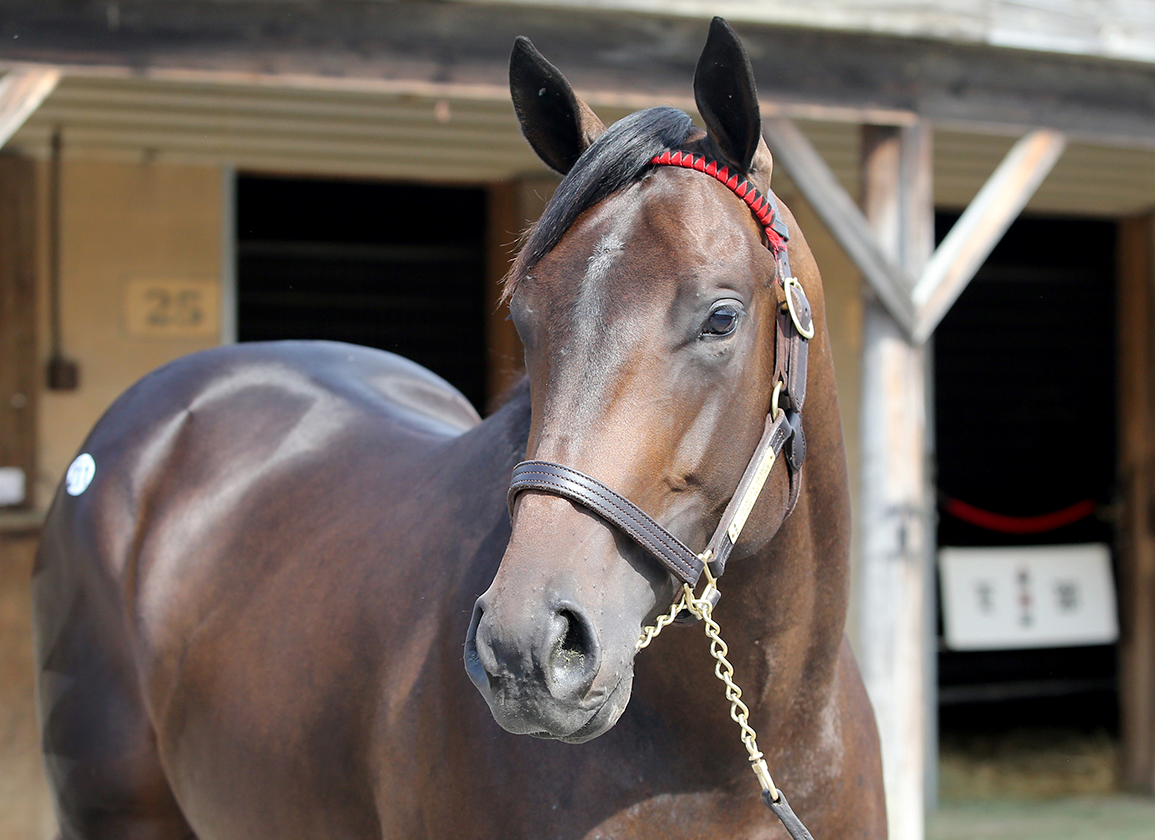 Off at a well-supported 7-2 sporting a 13-strong worktab for the patient Dallas Stewart barn dating back to late October, the West Point Thoroughbreds and Gervais Racing, LLC colorbearer was away in good order from his rail draw, but after taking a bump from a rival approaching the five-eighths marker and subsequently steadying beneath Brian Hernandez, Jr., dropped back abruptly to caboose the field of nine through an opening quarter in :22.15.

Finally re-emerging in the picture while still trailing by plenty as they straightened, Vinco began to roll in the stretch, impressively threading his way through the pack to come home in a field-best :12.65 and finish 2 3/4 lengths adrift fellow firster Ferociously (Violence). Vinco earned a 59 Beyer Speed Figure in the six-furlong affair.

“It was a situation where I'm glad he didn't get hurt,” Stewart said. “One horse hit another horse and that horse hit us, and knocked us up against the rail and we had to check out of there. It's just one of them things, but he came back running. He ran a big race just like we thought he would. I think he would've won easy if it didn't happen, but that's neither here nor there.

Looking ahead, Stewart added, “We're gonna stretch out probably for his next start. If you watch the replay, he galloped out with the winner. We'll see how he trains first and see how it goes. If everything goes good, we'll come back on [GII] Risen Star day [Feb. 19]. If he needs more time, I'll give him more time. We took a lot of time with him coming out of the sale. We think he's a really nice horse. Like I was telling [West Point's] Terry Finley, let's make a career of it. He could be the real deal.”

Vinco topped last year's Fasig-Tipton Midlantic sale after breezing an eighth in a powerful :10 from the Eddie Woods consignment on behalf of breeder Jon Clay's Alpha Delta. His third dam is bluehen mare Weekend Surprise (Secretariat), who, of course, produced the breed-shaping sire and Horse of the Year A.P. Indy.