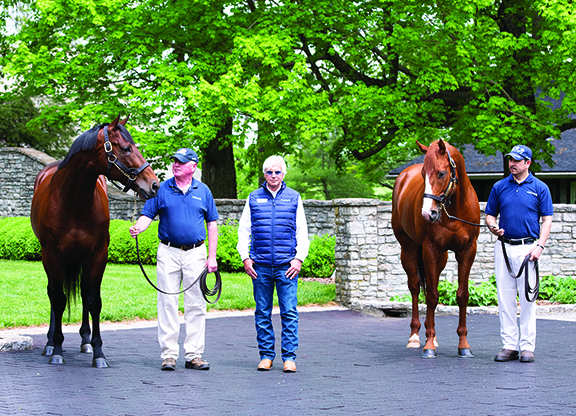 There won't be a real GI Kentucky Derby Saturday, but there will be a pretend one–a really interesting pretend one. Working with the firm Inspired Entertainment, Churchill Downs will present the Kentucky Derby Triple Crown Showdown. It's a virtual race that will pit the 13 Triple Crown winners against one another. Data algorithms, including historical handicapping information about each horse, will be used to decide the outcome. The virtual Derby will air on NBC and fans can go online at www.KentuckyDerby.com to submit their picks and make contributions to charities that are dealing with the coronavirus. Churchill Downs will match those donations up to $1 million.

There will be no betting on the virtual Derby, but what if there were and who would win? Assuming that the data entered into the computer is the horse's form prior to their actual start in the Derby and not their career accomplishments, here are my selections for the most exciting two minutes in virtual sports. (The morning line was made by Ed DeRosa of brisnet.com).