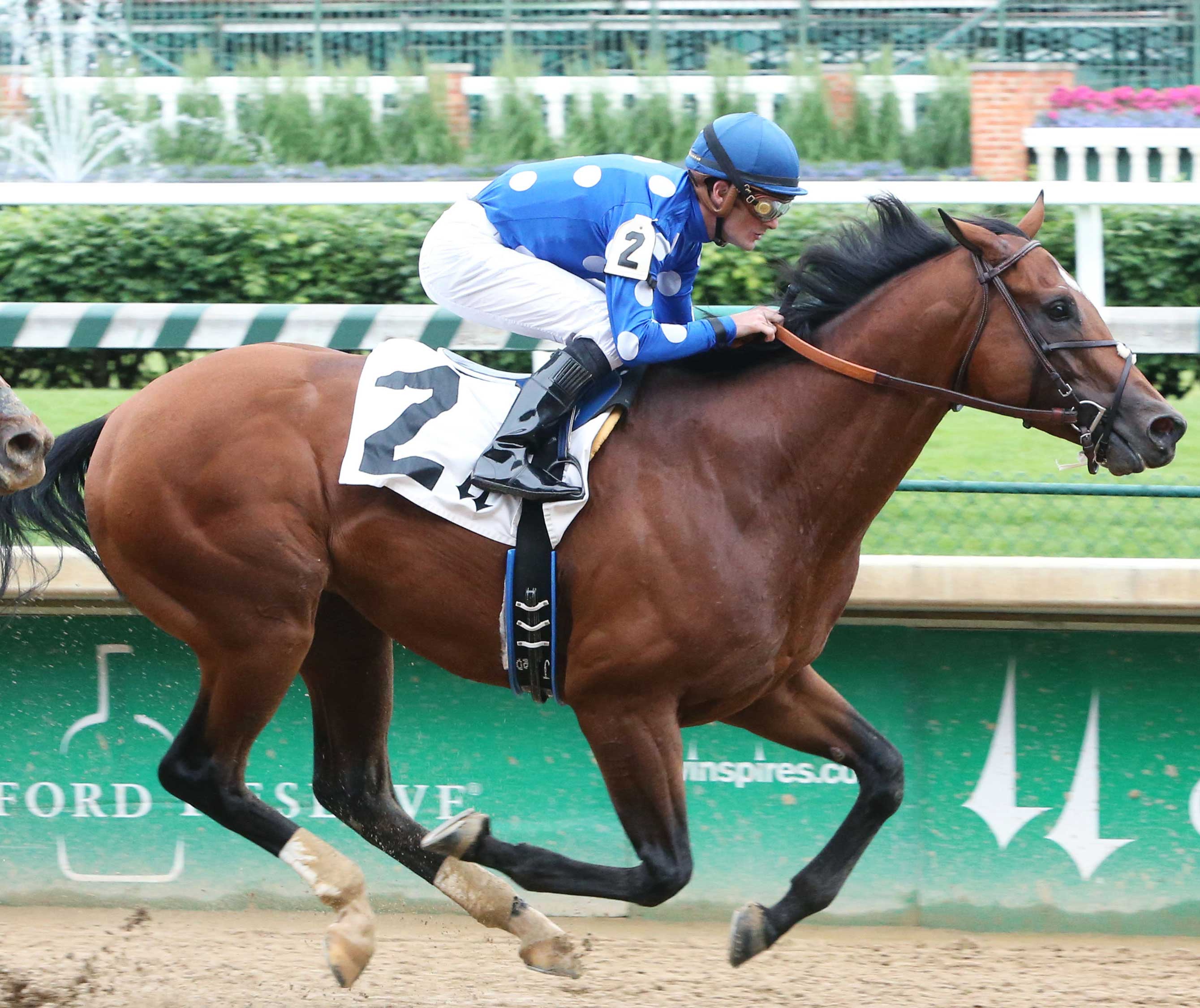 It's difficult, but far from impossible to find a bargain in the bloodstock business. Every sale has them. A horse who falls through the cracks at auction, for whatever reason, and brings back a tenfold return on investment on the racetrack and sometimes beyond. Hardly ever though, do those value buys come with the type of impeccable pedigree that bloodstock agent Chad Schumer found in Redesdale, who broke his maiden on debut for trainer Brendan Walsh against a salty field Thursday night at Churchill Downs.

Redesdale is by top sire Speightstown, out of the Danzig mare Harpia, who won the GIII Shirley Jones H. for owner/breeder Juddmonte Farms and was runner-up in four other graded events. Her lineage, however, far eclipses her racing accomplishments. Namely, the fact that she's a full-sister to G1SW and foundational European sire Danehill. Several other black-type winners litter Redesdale's pedigree and his third dam is a half-sister to the legendary Northern Dancer.

“Quite frankly, the reason I went to look at [Redesdale] was for a stallion prospect,” Schumer, who co-owns the colt with Walsh Racing LLC, said.

It didn't take long for the Louisville native to realize that he might have stumbled on to something special when the hammer went down for just $18,000 on the bay sophomore at this year's Keeneland January sale.

“I loved the horse,” Schumer recalled. “He's very good physically actually. You wouldn't think so from looking at a sale price. You'd think there's something wrong with him, but he's big, correct, has got a great shoulder on him. It almost sounds silly, but he just had a look about him. I bet if you ask every agent, you just get a feeling about a horse sometimes. I got a feeling about him. There was an aura about him. I told Brendan when we got him, 'we can't go wrong at this price.'”

So why did the horse sell for such a low number?

“It was kind of a joke, we called him 'fatso,'” Schumer explained. “It looked like he hadn't been in training. He's still a little bit heavy. Brendan said 'I've taken as much off as I can, a race might tighten him up.' I'm not trying to hype him, but considering his weight, I think he'll improve from the race.”

Redesdale earned an 87 Beyer Speed Figure for his effort and has already attracted a lot of the attention that was absent for him in the auction ring.

“It's like a bidding war going on,” Schumer said. “I can't tell you how many calls I've had today. Hopefully, I end up still owning a piece of him.”

As for the long-term goals for his colt, Schumer was realistic, but definitely thinking big.

“I hate to say this off a maiden win, but the immediate long-term goal for him would be the King's Bishop,” Schumer divulged. “As excited as we are, you have to take things one step at a time. Obviously, if he's at that level, we would look at the Breeders' Cup Sprint.”

No matter what the future holds for Redesdale, it's quite clear that Schumer has found himself much more than just an $18,000 stallion prospect.