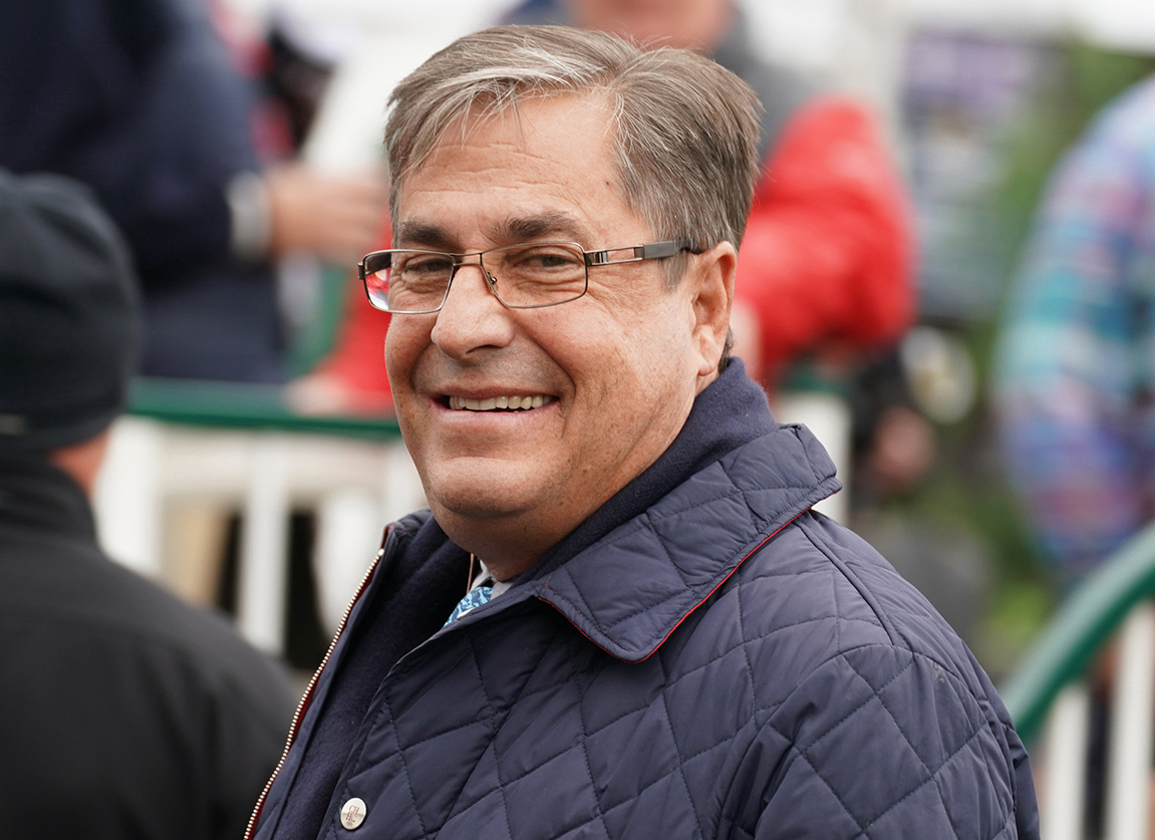 As per the complaint, dated Mar. 24, an Osphos positive is a Class 1, Category A penalty. A split sample confirmed the original finding, the complaint states.

Sadler is currently on a year's probation in accordance with a settlement agreement and mutual release with the CHRB, as part of which Sadler was fined $15,000 and handed a 60-day suspension–45 days of which were stayed–for three medication violations dating from 2019.

As stated in the agreement, “If John Sadler violates the terms of his probation, the 45 days of stayed suspension shall be imposed following a noticed hearing.”

Sadler referred the TDN to his attorney, Darrell Vienna, who pointed out that Osphos is listed a Class 1 drug because it's unclassified in California at the moment, but is currently going through the administrative process of being classified a Class 3 medication.

Vienna said that it was his understanding Flagstaff was administered Osphos in late 2019, but that due to an extremely slow rate of elimination in a horse's system–sometimes years–Osphos showed up in last year's test.

“I don't think anything in the report shows any evidence of misfeasance or malfeasance by Sadler,” said Vienna. “This isn't him denying the administration. It's a case of the administration being completely legal at the time. The finding is a result of the pharmacology of the substance, not of any wrongdoing.”

Since the settlement agreement was inked last year, Sadler has been fined $1000 and $1500 accordingly for two positive findings related to timed workouts.