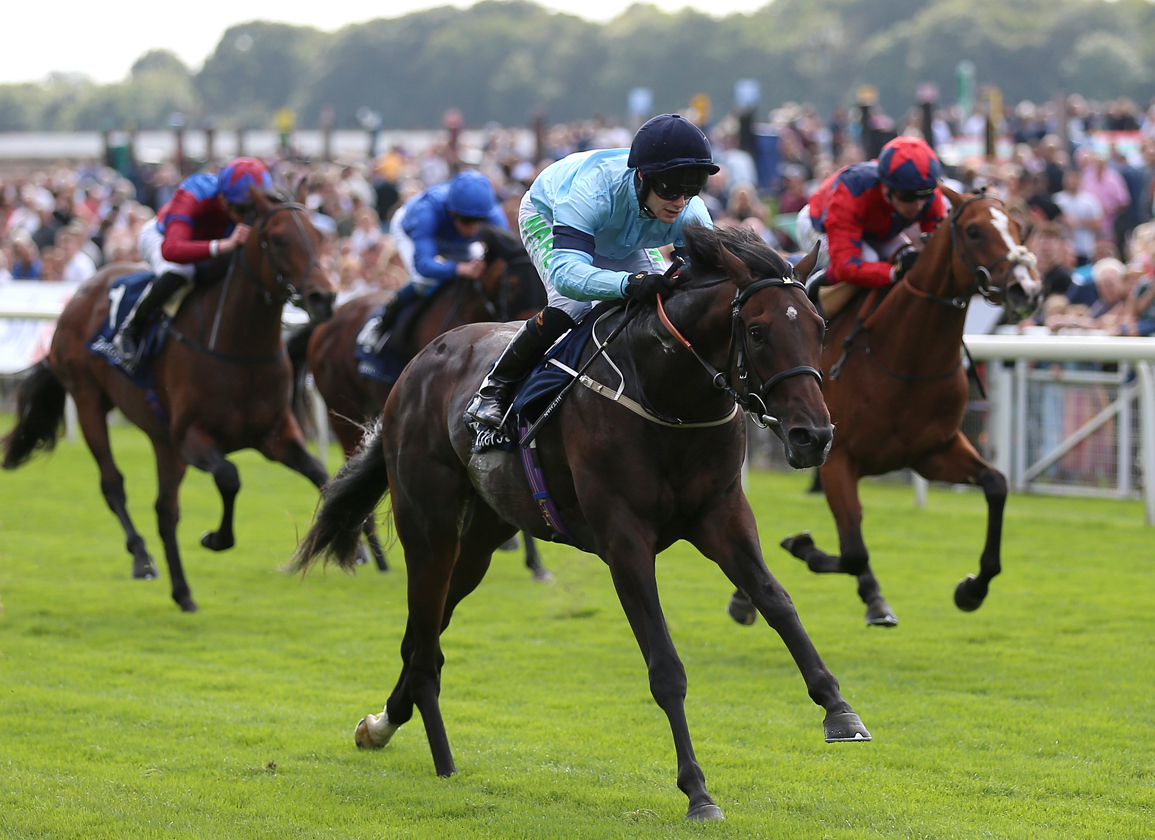 “We're heading to the Vertem Futurity,” said Harry Herbert, racing manager for owners Highclere Thoroughbred Racing. “Mark and Charlie [Johnston] are very happy with him–I've seen them at the sales–and the form is very much the hottest in the book, so we're going to give it our best.

“He got unbalanced going into the dip in the Royal Lodge, then he very much powered home but his form all the way ties in, and you can't take that away from the horse.”

The colt ran second to future G1 National S. and G1 Dewhurst S. winner Native Trail (Ire) (Oasis Dream {GB}) in just his second start, a Sandown maiden in June. He was off the mark at Epsom on July 29 prior to his group race heroics.

He added, “We're excited to see him take his chance at Doncaster, he very much deserves to run. If it went soft it wouldn't really worry us, it was good to soft at Epsom when he won and he powered through that. I don't think ground is an issue to him.

“He was second to Native Trail in a maiden but they were meeting at different points in their careers, ours has improved with every run significantly.”