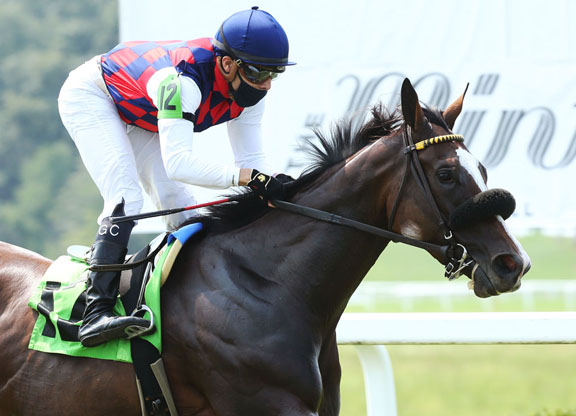 Trained by Wesley Ward, the Three Chimneys homebred chased home her brilliant unbeaten G1SW stablemate Campanelle (Ire) (Kodiac {GB}) in her first two trips to the post, finishing second as the favorite on debut at Gulfstream May 31 and 17th in the G2 Queen Mary S. at Royal Ascot June 20. Royal Approval, from the same female family as GI Kentucky Oaks heroine Summerly, returned to these shores with a dominating 6 1/4-length graduation Sept. 9.

“Royal Approval is really training some kind of good,” Ward said. “She's a really nice filly. She's a big filly, that's why she was the favorite going into her first start. The only thing she can't do is run on the soft turf. We took her over to Europe and she ran dismal. We finally caught a firm turf at Kentucky Downs and she just powered home. It was an extremely impressive maiden win, and her works since have been eye-openers. I'm looking for a big race with her.”