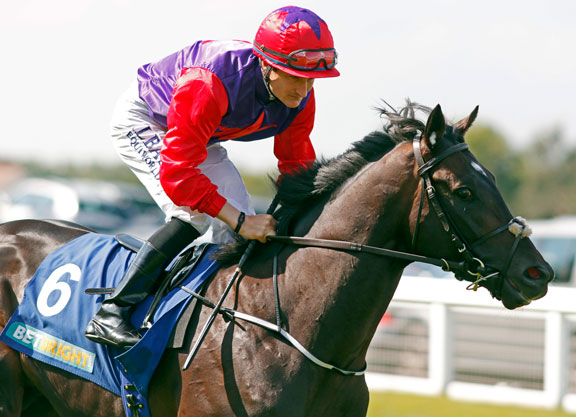 Last year's G1 Irish 2000 Guineas winner Romanised (Ire) (Holy Roman Emperor {Ire}) will kick off his 4-year-old campaign in the G3 Gladness S. at Naas on Apr. 13, with a long term goal of the G1 Lockinge S. the following month.

Romanised looks for his first win since that Classic score and just his second overall, and trainer Ken Condon said, “He's wintered nice. He's good and strong, and he's hopefully going to start in the Gladness. He'll have a Group 1 penalty to carry, but we're looking at introducing him there and getting him started off close to home–and then maybe the Lockinge after that.

“He'll like nice ground. It's drying up here at home, but in two weeks' time it could be very soft. If it's testing I might not run him, but I want to get him started and get the season under way.

Condon is also planning to send out Success Day (Ire) (Jeremy) in the same card's G3 Alleged S. The now 7-year-old had an ambitious target last April when he took on Winx (Aus) (Street Cry {Ire}) first-up in the G1 Queen Elizabeth S., and he trailed in last of 10. Condon said Success Days showed signs of being tired later in the campaign, but is freshened up after a winter holiday.

“He ran very well on his first start back home after his run in the Queen Elizabeth down there, but his form tailed off towards the latter end of the season,” he said. “He's had a long break over the winter, and his home work is good and he's full of enthusiasm.”