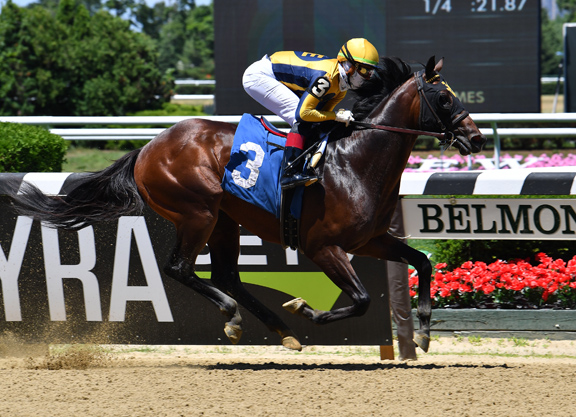 Roderick crushed a trio of rivals on debut for trainer Wesley Ward on Long Island June 21, including runner-up Zippy Baby (Cairo Prince), who returned to graduate next out at Saratoga.

Purchased by Breeze Easy for $550,000 as a KEESEP yearling, Roderick is a full-brother to GIII Southwest S. winner One Liner and hails from the same female family as Grade I winners Albertus Maximus (Albert the Great) and Daredevil (More Than Ready).