Roden May Have Found Another Star for Hamilton 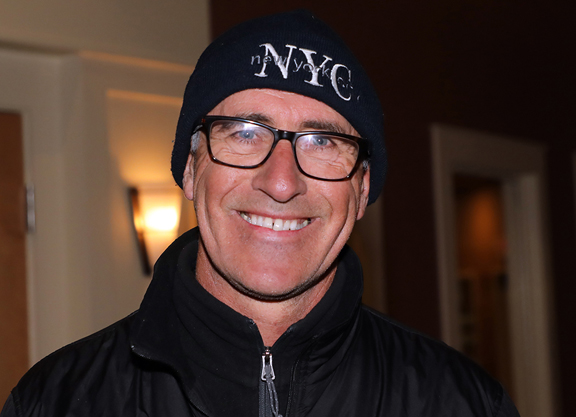 Bloodstock agent Alistair Roden has already found Canadian owner Terry Hamilton a pair of future graded stakes winners at bargain prices and he may have hit the trifecta following the smashing debut victory by Tobys Heart (Jack Milton) Thursday at Churchill Downs. Roden signed the ticket on future Grade I winner Heart to Heart (English Channel) for $25,348 at the 2012 Canadian Yearling Sale and Spooky Channel (English Channel), winner of the GIII W.L. McKnight S. in January, was a $10,000 purchase at the 2016 Fasig-Tipton October sale. The agent purchased Tobys Heart for $45,000 at this year's OBS March sale.

“Terry is not a big spender, but I've been very lucky with him with the horses I've bought,” Roden said.

Roden purchased a colt by Jack Milton on behalf of Hamilton for $30,000 at last year's OBS June sale. Now named Jacks Outlaw, the colt is two-for-two over the grass at Turf Paradise. That colt's success led him back to the sire in March.

“We bought a Jack Milton last June that has done really well,” Roden said. “Then I came across this filly, but I didn't think we'd get her for $45,000. I thought she was going to bring more. The sire is a little under the radar, I think, but I kind of like buying those kind of horses.”

“I'm not a sire snob,” he added with a chuckle.

Of the filly's appeal in Ocala, Roden said, “I really liked the filly. The breeze was nice. She did switch her leads in the breeze going the eighth of a mile, but she had a good stride to her. She was a big, good-looking filly. She wasn't a stunning-looking filly, but there was nothing wrong with her. She was a good walker and correct. A nice filly.”

Roden had heard plenty of positive news about the filly prior to Thursday's debut at Churchill, but the smashing victory still surprised him.

“I think she worked twice at Churchill,” Roden said. “I didn't actually get to see her work, but the reports from Terry were very good on her. We thought she would run well, but my heavens, that gave me goose bumps.

He continued, “When she got left at the gate, I'm thinking well, she is going to be green here and she's got to go through horses, if she finishes third, that will be nice. At the three-eighths pole that's kind of what I was thinking. We'd be happy if she finished third. She was obviously very good. She gave me goose bumps, which they don't often do.”

Hamilton has about eight horses in training. Asked if he'd be shopping for the Alberta native next week in Ocala, Roden said with a laugh, “I haven't run across any Jack Miltons down there yet. But maybe.”