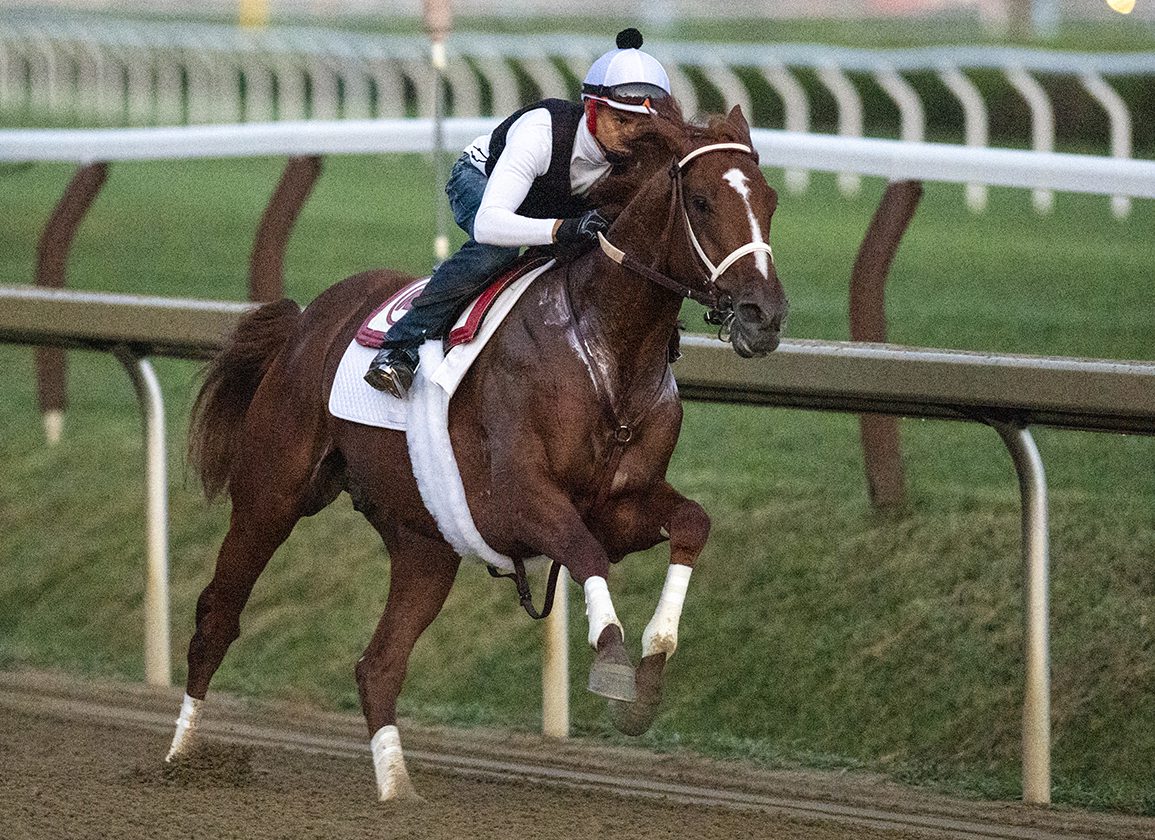 With exercise rider Gabriel Lagunes in the irons, GI Kentucky Derby upsetter Rich Strike (Keen Ice) breezed five-eighths of a mile in :59.82 (3/34) over the Saratoga main track Friday morning in advance of his appearance in the $1.25-million GI Runhappy Travers S. at the Spa Aug. 27.

“He worked really good. He worked faster than we thought he would, but he did it easily,” trainer Eric Reed said. “I think my question on him liking the track was answered this morning. He came home well. It is probably as good as he worked, even since before he did going into the [Kentucky] Derby. He was supposed to go :49 or :50. He did it all on his own. He was galloping over the track.”

After besting the Travers-bound Epicenter (Not This Time) and Zandon (Upstart) beneath the Twin Spires, Rich Strike somewhat controversially passed on the GI Preakness S. and trained up to the GI Belmont S., where he was sixth to Mo Donegal (Uncle Mo). The chestnut worked three times at Reed's Mercury Training Center in July and twice at Churchill Downs earlier this month before arriving in Saratoga the afternoon of Aug. 14.

“Everything is in good shape,” Reed said. “All we have to do is do some paddock schooling and keep him happy and healthy. He'll go to the paddock Sunday morning after he gallops. He will walk through it on Monday. Then, on Wednesday and Thursday, we'll plan on taking him there in the afternoon.”

Work of the Day from #Saratoga, GI Kentucky Derby winner Rich Strike worked 5 Furlongs in 59.82 on August 19th, 2022, for trainer Eric Reed. Rich Strike is expected to run in the GI #Travers Stakes at Saratoga on August 27th, 2022. @1stbet pic.twitter.com/zPW2gcHEGC