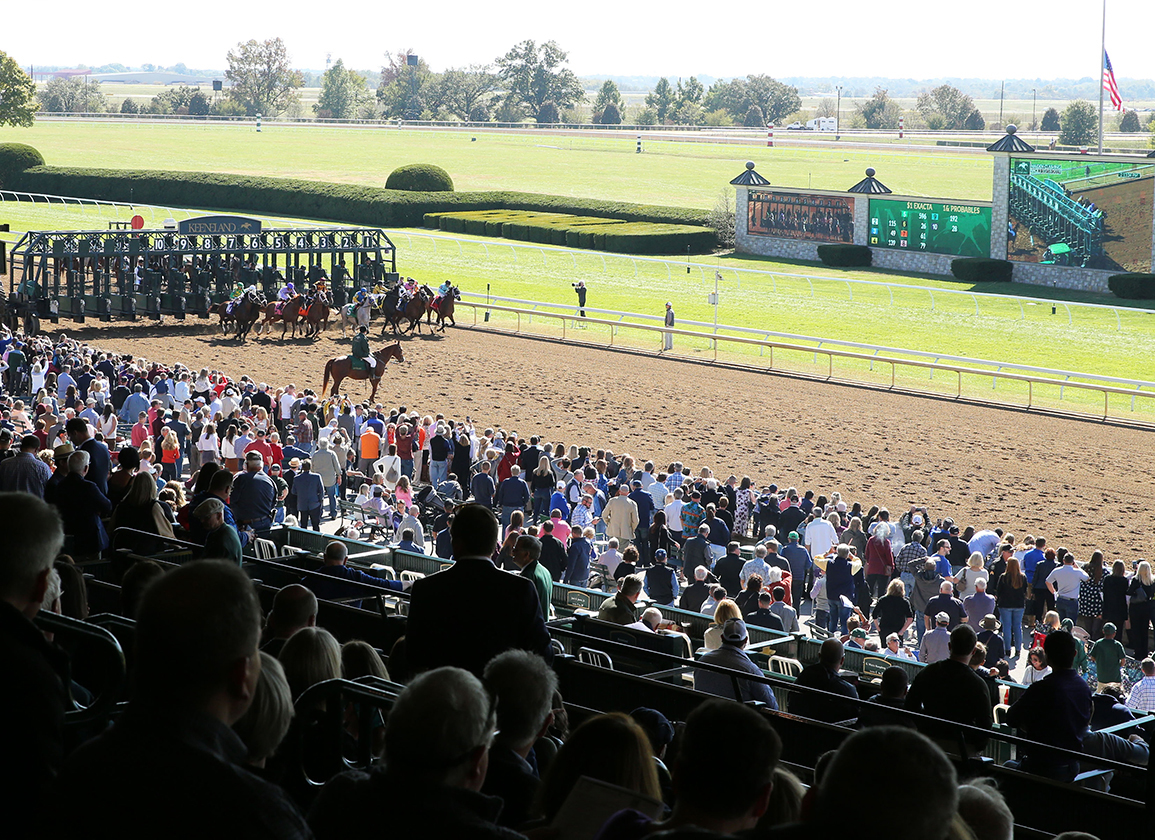 Keeneland, which is celebrating its 85th anniversary this year, will offer a record $6-million in stakes purses and expanded 22-race stakes schedule at its upcoming fall meet. The meet, which covers 17 days of racing from Oct. 8-30, will open with the signature Fall Stars Weekend, feature 10 Breeders' Cup “Win and You're In” races, offer two new $150,000 stakes for 2-year-olds and reposition several stakes to create a total of six race cards with multiple stakes.

“The Keeneland Fall Meet is incredibly important, and 85 years of racing at Keeneland is a testament to the uncommon vision of our founders, who tirelessly worked to create an entity that would take a leadership role in the global Thoroughbred industry and in the Central Kentucky community,” Keeneland President and CEO Shannon Arvin said. “This summer, as we look forward to welcoming back fans and the superstars who will compete here, we feel the anticipation building for the Fall Meet and we look forward to celebrating the anniversary.”

“After thoughtful review by our racing team and input from horsemen, we made adjustments to our fall stakes program that will further elevate the quality of racing throughout the meet,” Keeneland Vice President of Racing Gatewood Bell said. “We feel the lucrative purse money and expanded racing opportunities, including two new stakes for 2-year-olds, now in place will broaden Keeneland's appeal to horsemen and fans alike.”

During Fall Stars Weekend, nine stakes are included in the Breeders' Cup Challenge Series Presented by America's Best Racing. Each winner receives an automatic starting position and fees paid into a corresponding race of the Nov. 5-6 World Championships at Del Mar:

The Fall Meet's sixth Grade I stakes is the $500,000 Queen Elizabeth II Challenge Cup Presented by Dixiana, an invitational turf race for 3-year-old fillies at 1 1/8 miles, to be run Saturday, Oct. 16.

For the season, Keeneland has shifted the dates of several stakes. The first is the $150,000 GIII Sycamore S., a 1 1/2-mile turf event for 3-year-olds and up, which has been moved from Thursday to Friday, Oct. 22.