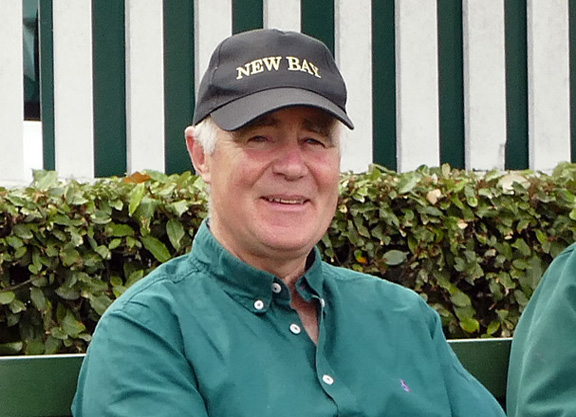 The Irish European Breeders' Fund will contribute its highest level of sponsorship with its allocation devoted to races set to increase to €2.6 million in 2021. The largest sponsor of Irish racing, the EBF has already contributed €52 million since the foundation of the Irish European Breeders' Fund in 1983. The funding will be spread across 320 Flat races and 160 National Hunt races, all carrying EBF conditions.

The popular Median Sires Series will comprise of 26 races, each worth a minimum of €25,000, while the Irish EBF Ballyhane S., now in its second year, will have a minimum prize fund of €200,000.

The €695,000 Irish EBF Auction Series, formerly co-sponsored with Foran Equine, will be run by the Irish EBF with all prize-money levels upheld from April to October. The series consists of 25 qualifiers and a final at Naas on Oct. 17 worth €120,000 final.

More than 50% of the annual National Hunt budget will be aimed at enhancing the mares' programme.

“I would like to thank all the Irish Stallion Farms, large and small, who fund the Irish EBF and put us in a position to increase the annual sponsorship of Irish racing and allow us to continue to provide many valuable options to owners and trainers of horses of both codes,” said John O'Connor, chairman of the Irish EBF.

“The Irish EBF board would also like to sincerely thank Foran Equine for their wonderful support over the last four years with the Auction Series. It has quickly grown and established itself as a prominent feature on the Irish Flat racing programme and we are delighted to be in a position to maintain prize-money levels this year with the ongoing support of Horse Racing Ireland.”

Commenting on the enhanced contribution from the EBF, leading trainer Ger Lyons added, “We landed the €120,000 auction final last year with Ecliptical after targeting it since its inception. The horse was an €18,000 purchase as a yearling, so this series offers our owners a real reason to stay on board season after season. It was a huge thrill for Vincent Gaul, who is a long-standing owner and always has several horses in training at Glenburnie. The lucrative pot on offer in the Irish EBF Ballyhane race combined with all the median sires races gives us plenty to aim for with our string of 2-year-olds. The fact that prize-money levels will be maintained this season is great news and we really appreciate the investment and ongoing support from the Irish EBF and HRI.”