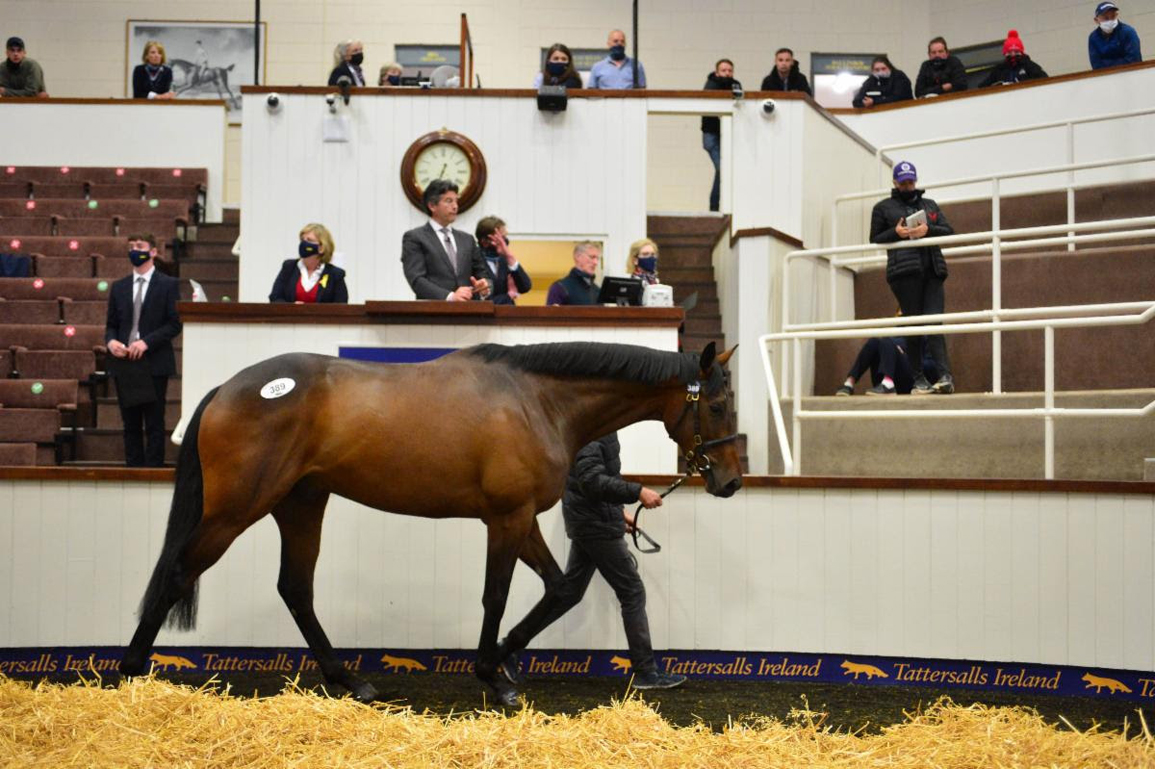 Tattersalls Ireland's two-day Derby Sale drew to a close on Thursday with records achieved for the average and median price at the sale. An average of €54,018 and a median of €48,000 were achieved at the sale which returned a clearance rate of 86% for 299 lots sold. Twenty-four lots sold for six figures.

Sons of Walk In The Park (Ire) filled the top two spots, with the sale-topping lot 389 picked up by Eddie O'Leary for Bective Stud for €280,000. He is the most expensive National Hunt store horse sold this year.

“He is for Bective Stud and he goes to Gordon Elliott,” said O'Leary. “Gordon has the brother, who is quite a good horse, but this is an absolute king of a horse. He is by what looks to be a top-class young sire. I hope he is half as good as he looks.”

Another son of Walk In The Park, a three-quarters brother to Hurricane Fly (lot 216), was purchased by Michael Shefflin and Paul Holden for €200,000.