Racing in Massachusetts May Be Nearing Return 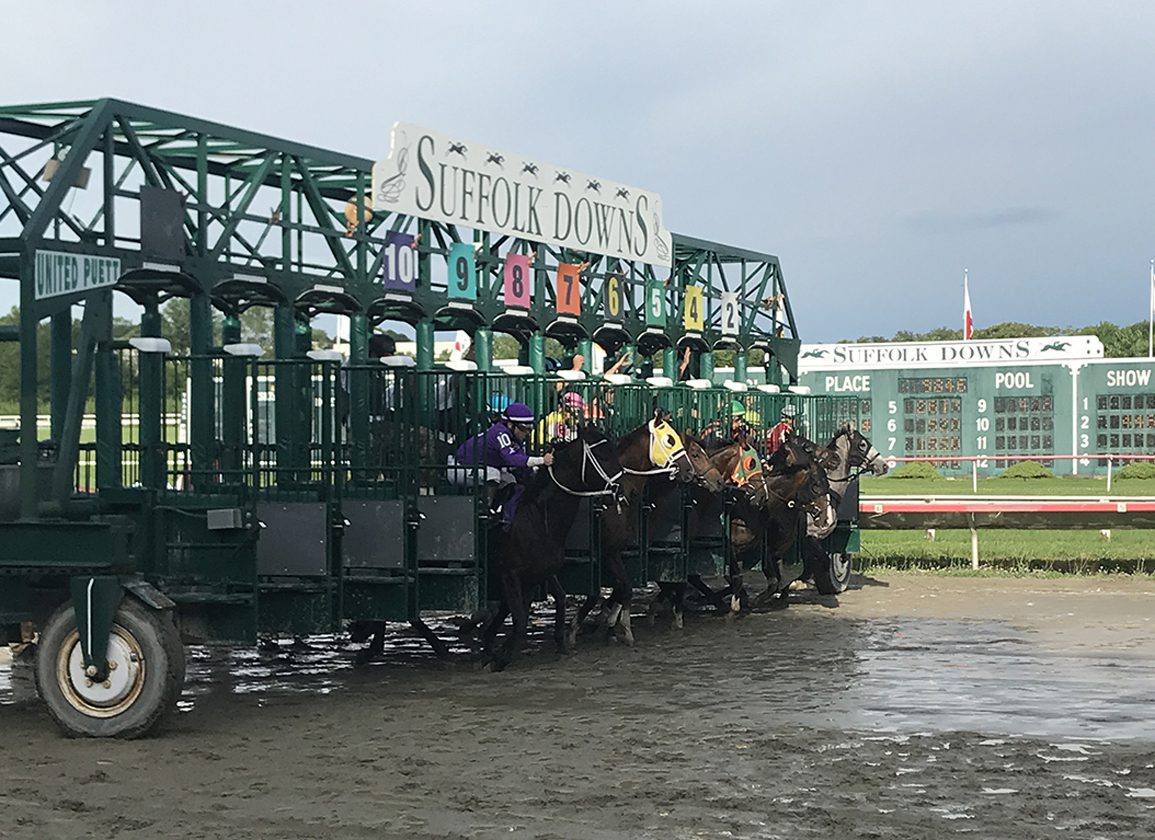 A group hoping to revitalize horse racing in Massachusetts is in the process of finalizing an application to the Massachusetts Racing Commission for a license to operate a track in the town of Hardwick. The project, which has been named Commonwealth Equine and Agricultural Center, is far enough along that there could be a limited amount of racing offered at the new track as soon as next year.

Hardwick is located in the central part of the state, about 75 miles west of Boston. The track will be located at the site of the Great Meadowbrook Farm, a 360-acre spread which began as a dairy farm and has been used as an equestrian training center.

“We have to apply for a license by Sept. 30,” said Lou Raffetto, the former vice president of racing at Suffolk Downs and an advisor to the Commonwealth Group. “Quite honestly, as crazy as it sounds, I am hopeful we can race next year. The plan for next year would be to run two festival-style weekends in the fall, if we can pull everything together. This is very real.”

Suffolk Downs' days were numbered when track owners lost out on their bid to get a casino license. Because it needed to hold some form of live racing in order to maintain a simulcasting license, the track held short meets every year from 2015 to 2019. But with plans to develop the property ready to come to fruition, racing was halted after the 2019 mini-meet.

There have since been a number of efforts to find a new location to open a new racetrack in the state, but all were met with what were insurmountable road blocks. A proposed racetrack to be built in the town of Sturbridge was shot down by that town's voters. Plans to rebuild and re-open the Great Barrington Fair also couldn't get off the ground.

According to Raffetto, the Hardwick proposal will not have to go before the town's voters and that all that will be needed is a permit that can be issued by the town.

“We're very confident that is going to happen,” he said. “The principals and the architects had an excellent meeting with the planning board and the selectmen on Tuesday. What was really wonderful about it was that everybody was really supportive. In other towns in the past you'd go in there on the defensive. These people were asking the right questions and are very supportive of the program.”

The efforts to revitalize racing in Massachusetts got a much-needed shot in the arm when sports betting was legalized in the state earlier this year. Under the law, anyone holding a racing permit will be allowed to have a sports betting license. Commonwealth Equine, whose principals are former Suffolk owner Richard Fields and the husband-wife team of Armand and Robin Kalaidjian, do not plan to have on-site sports betting at the proposed track but can offer it online. The belief is that enough money can be made from sports betting to support a a new racetrack.

Another factor working in Commonwealth's favor is that there is an abundance of purse money sitting in abeyance waiting to be doled out. Even though it has been dormant for more than three years, the Thoroughbred industry in the state is still entitled to a share of the slot machine revenue generated at the Plainridge harness track. That pool has grown to about $22 million.

Raffetto estimated the purses will be about $750,000 a day and that maiden special weight races will for $75,000. With Kentucky Downs serving as a model, there will be turf racing only and it will be conducted over a track that will be one-mile in circumference with movable rails.

The tentative plan would be for the track to run four days in 2023, twice over the weekend of Sept. 9 and 10 and twice more over the weekend of Sept. 30-Oct. 1. The long-term goal will be to extend the meet, possibly to eight days a year, with a focus on fall dates. Raffetto said the plan is to build a small grandstand that can accommodate about 2,000 people and that an area on the apron will be cleared for additional fans.

“Our goal is to get 4,000, 5,000 people to come out and experience this,” Raffetto said. “I think that's realistic. We'll try to have some fun and give horsemen the opportunity to make some money. I think the horsemen will be very supportive of this.”

Plans for the facility extend beyond a race meet.

“When it comes to the horse, there will be a little bit of everything, racing, breeding and retirement” Raffetto said. “There will be areas dedicated to horse retirement. We're going to look into bringing in some mares and buying or leasing a stallion.”

With Suffolk's demise, the breeding industry in the state has all but disappeared. According to The Jockey Club, only two mares were bred in Massachusetts in 2021.

Other plans include opening a high-end restaurant at the facility and well as a bed-and-breakfast.

Raffetto said a name for the new track has not yet been chosen.