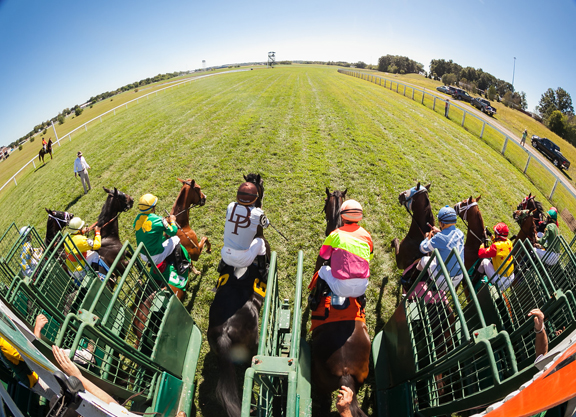 It was announced in mid-November that Kentucky Racing Acquisition, LLC, a new company co-founded by Winchell and Falcone, had agreed to purchase all the assets of Kentucky Downs from parent company Kentucky Downs Partners, LLC, the investment group that has owned the racetrack since 2007.

The sale of the track and year-round entertainment center to Winchell and Falcone is expected to close around Mar. 1. Ted Nicholson will continue as Kentucky Downs’ senior vice president and general manager, a post he has held the past three years during which time both the Historical Horse Racing (HHR) gaming operation and live race meet have experienced record-shattering growth.

“Obviously, we’re excited about what happened [Tuesday],” Winchell said of receiving KHRC approval to purchase Kentucky Downs. “It’s the first step toward closing the transaction. The racing and what’s going on at Kentucky Downs, we’re super excited to be part of it and to go forward.”

“A lot of work to do, but as Ron said, we’re very excited to come to Kentucky, own Kentucky Downs and do great things for Kentucky racing,” Falcone said.

While awaiting approval, the new owners have been working on plans for a major facility expansion.

“I don’t know when we can actually announce something, but we’re working pretty fast on stuff,” Winchell said.

“We needed to get this closed first,” Falcone said. “Now we can really focus on the business.”