Quiet Reflection To Race On 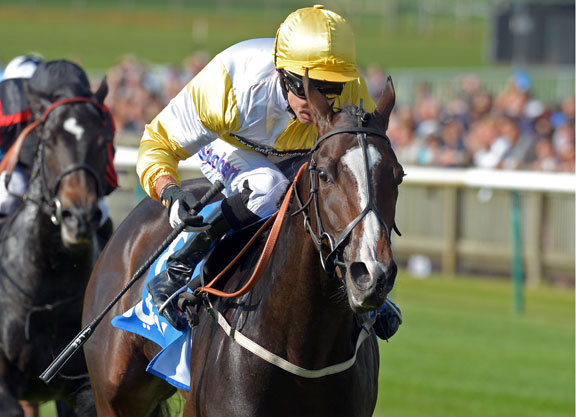 Top sprinting filly Quiet Reflection (GB) (Showcasing {GB}) will race on as a 4-year-old in 2017, according to trainer Karl Burke. The bay won this year's G1 Commonwealth Cup at Royal Ascot and Haydock's G1 Sprint Cup either side of finishing third in the G1 Darley July Cup, and wrapped up her campaign with a seventh-place finish in the G1 Qipco British Champions Sprint S. back at Ascot Oct. 15. Explaining that below-par performance, Burke said, “It was just an end-of-season run. Our horses have not been in form. She looked in great order and traveled well, but she didn't pick up. [Jockey] Dougie [Costello] was not hard on her as she will be back next year. Obviously it was disappointing on the day, but she doesn't owe us anything. I don't think the ground had anything to do with it, but there is no doubt she handles soft better than most. She just showed that she has had enough for the year.”

Burke said Quiet Reflection will not go to the Tattersalls December mare sale.

“She had an entry in the Tattersalls Mares Sales next month but that was only precautionary and she will bypass that,” he said. “There is a lot to look forward to next year. Now we have got to sit down and plan out a campaign for her. She will start later next year and will be campaigned with a return to Champions Day in mind.”