Quality on TAP on Pegasus Day 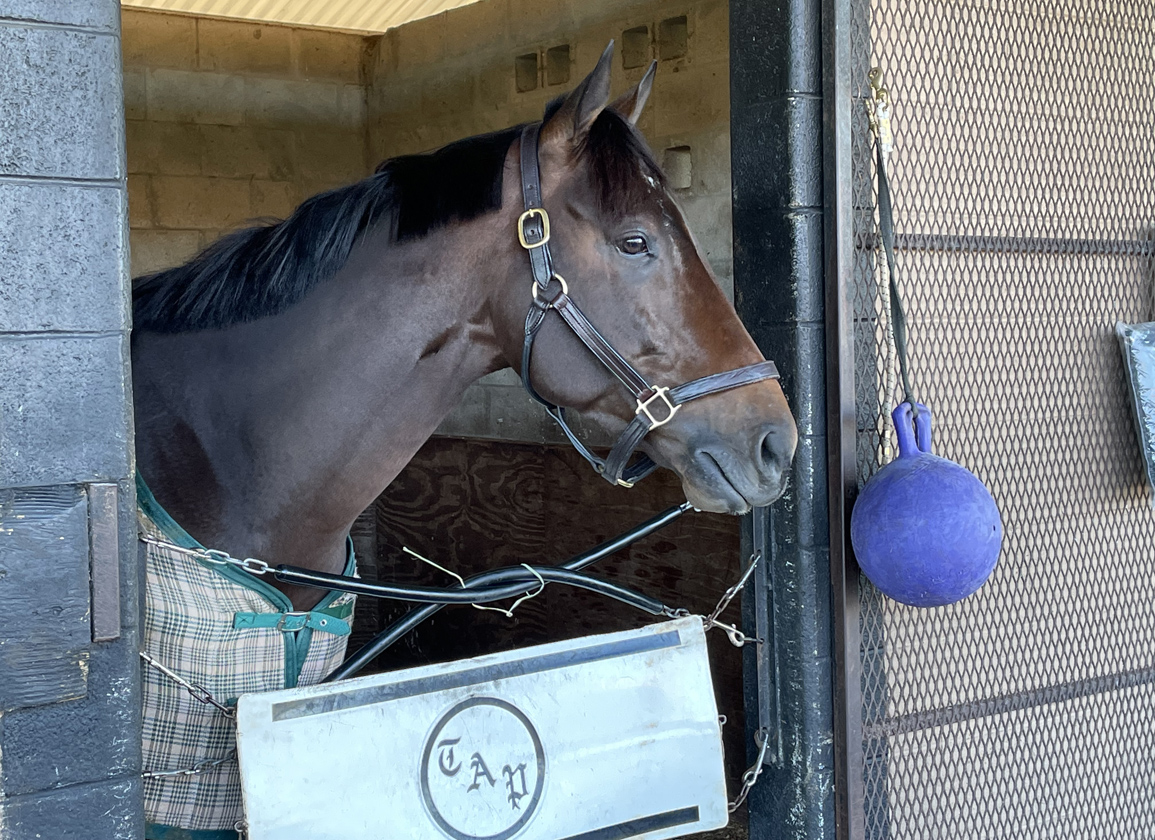 One can always count on Todd Pletcher to make a show of force on the big days. This Saturday's Pegasus World Cup Invitational card is no different, with the Hall of Fame trainer offering strong representation in all three of Gulfstream's Pegasus events.

“It's a really marquee day for the Championship Meet at Gulfstream,” Pletcher said. “The Pegasus has attracted some of the best horses in training since it's been in existence. It's early enough in the season for horses that want to go to stud like Gun Runner did and Knicks Go is doing, and its useful in kicking off the upcoming season. It's a significant event that has etched out its spot on the calendar.”

Looking for his first GI Pegasus World Cup victory, Pletcher offers the uber-talented 'TDN Rising Star' Life Is Good (Into Mischief), who has done very little wrong in his career, winning five of six career starts, with his only loss coming at the hands of Jackie's Warrior (Maclean's Music) in the GI H. Allen Jerkens Memorial at Saratoga last summer.

“The Breeders' Cup was kind of a relief for me because I was expecting him to win,” conceded Pletcher. “Any time you are in that type of situation, you can be a little anxious. But, we knew he'd go fast. There were a few other fast horses in there, so he had to go pretty quickly into the first turn to clear, so when they're throwing up those kinds of fractions, you're just hoping he hasn't gone too fast. But, he's such a gifted horse that he's capable of doing that. Like everyone else, we were very impressed, and we were happy it went according to plan.”

When asked if he thought the strapping 4-year-old could handle the extra yardage while trying nine furlongs for the first time in his career, Pletcher didn't mince words.

“I don't know that we have seen his best distance,” he stated. “He is like a lot of really good horses that do a lot of things very well. He's shown how fast he is. And in the [BC Dirt Mile] he has shown that he has that high-cruising speed and the ability to carry it over a distance. So, in his training, I have not seen any limitations to what he may be able to do. He still has to prove that at [Gulfstream], but when you watch him train, he never stops. It gives us optimism that he'll handle the extra ground.”

According to Pletcher, a win on Saturday could pave the way to an international sojourn.

Arguably known best for his powerful arsenal of dirt horses, Pletcher shows he is equally adept at handling a top turf runner, and gets to prove it yet again with the GI Pegasus World Cup Turf Invitational's defending champion and morning-line favorite Colonel Liam (Liam's Map). Campaigned by Robert and Lawana Low, the grey won four stakes in 2021, including the GI Turf Classic–albeit in a dead heat–at Churchill Downs last spring. He went to the sidelines after an eighth-place finish in the 10-furlong GI Manhattan S. June 5.

“Last year, we had just a little bit more time and we were able to run him in the Tropical Park Derby,” said Pletcher, explaining the lead up to last year's race. “He won that and it set him up nicely for this race. This year, the way the calendar came up, we just didn't have time for a prep. But, he's a willing work horse and we've done plenty with him.”

In this year's Turf, Pletcher is also represented by Repole Stable's Never Surprised (Constitution), who has never finished worse than second in seven career starts. The 7-2 second choice on the morning line, the bay enters this year's Turf off a pair of impressive victories–in the Nov. 26 Gio Ponti S. at the Big A and most recently in the Tropical Park Derby at Gulfstream one month later. He drew post 12 in the nine-furlong event.

“He's a free-running horse with natural speed,” said Pletcher. “It's not an ideal post for him, given his style. But, if he'll settle like he did the last time, I think he's a horse that could be dangerous.”

Also likely to garner healthy respect at the windows for the inaugural running of the PWC Filly and Mare Turf, the Low's Sweet Melania (American Pharoah) has already proven she was more than capable of handling several of these rivals when winning Gulfstream's GIII Suwanee River S. Dec. 18. Left in her wake that day were Shifty She (Gone Astray, 2nd), In a Hurry (Blame, 3rd) and Alms (City Zip, 7th).

“I was really pleased with her last race, I thought that was one of her better races,” he said. “She's been very consistent throughout her career, but I thought that was an especially good performance from her. I actually think she's coming into this a little better than she was for that race.”

On the Pegasus undercard, Pletcher also offers a one-two punch in the GIII Fred W. Hooper S. with Fearless (Ghostzapper) and Liam (Liam's Map). Fearless, who has won four of five starts at Gulfstream, is coming off a four-length score in the GIII Harlan's Holiday S. after finishing second in a Nov. 21 overnight handicap at Gulfstream while coming off a six-month layoff. Liam returned off over a year on the bench to win in a Gulfstream optional claimer at a mile Dec. 15.

“He's a horse that I think kind of benefitted from the race off the layoff and then made a move forward in the Harlan's Holiday,” Pletcher said of Fearless, who was initially being considered for the PWC. “He seems to really like Gulfstream. He always runs well over that track. He's held form since then and has been training sharply.”

In other stakes action, Pletcher is also represented by Always Shopping (Awesome Again) in the GIII La Prevoyante S.; Abaan (Will Take Charge) in the GIII W. L. McKnight S. and A G Indy (Take Charge Indy) in the GII Inside Information S.