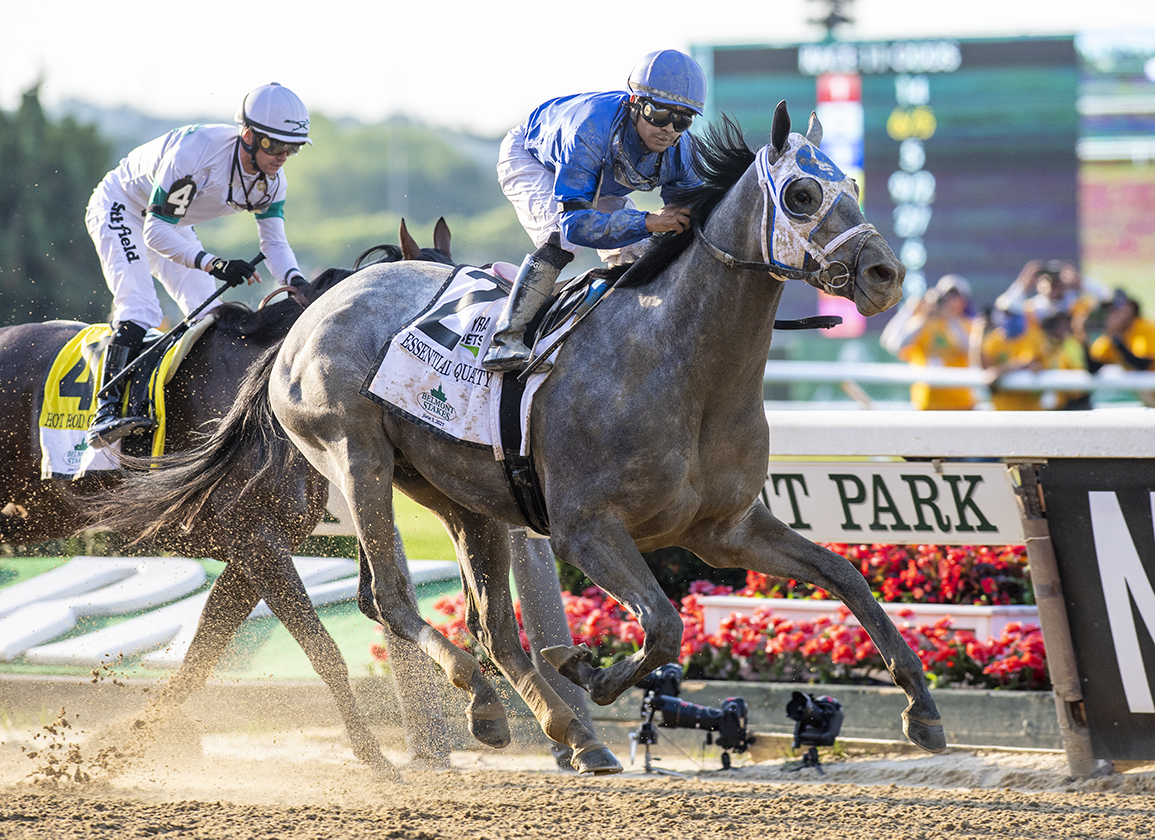 'TDN Rising Star' Essential Quality (Tapit–Delightful Quality, by  Elusive Quality), a leading Eclipse Award finalist for champion 3-year-old colt, heads to the breeding shed with an impressive line-up of mares for his first season at stud at Darley's Jonabell Farm in Kentucky.

The 2020 champion 2-year-old colt and GI Breeders' Cup Juvenile winner continued to add to his loaded resume at three, capturing the GI Belmont S. and GI Runhappy Travers S. He concluded his career with a third-place finish against his elders in the GI Breeders' Cup Classic.

The Godolphin homebred stands his first season at stud for $75,000.

“We are delighted with Essential Quality's first book,” said Darren Fox, Sales Manager, Darley Stallions. “He has amassed a very strong group of mares as you might expect from the highest-priced freshman of his year. This positions him extremely well for his second career and we hope he is equally adept as he was at his first career.”