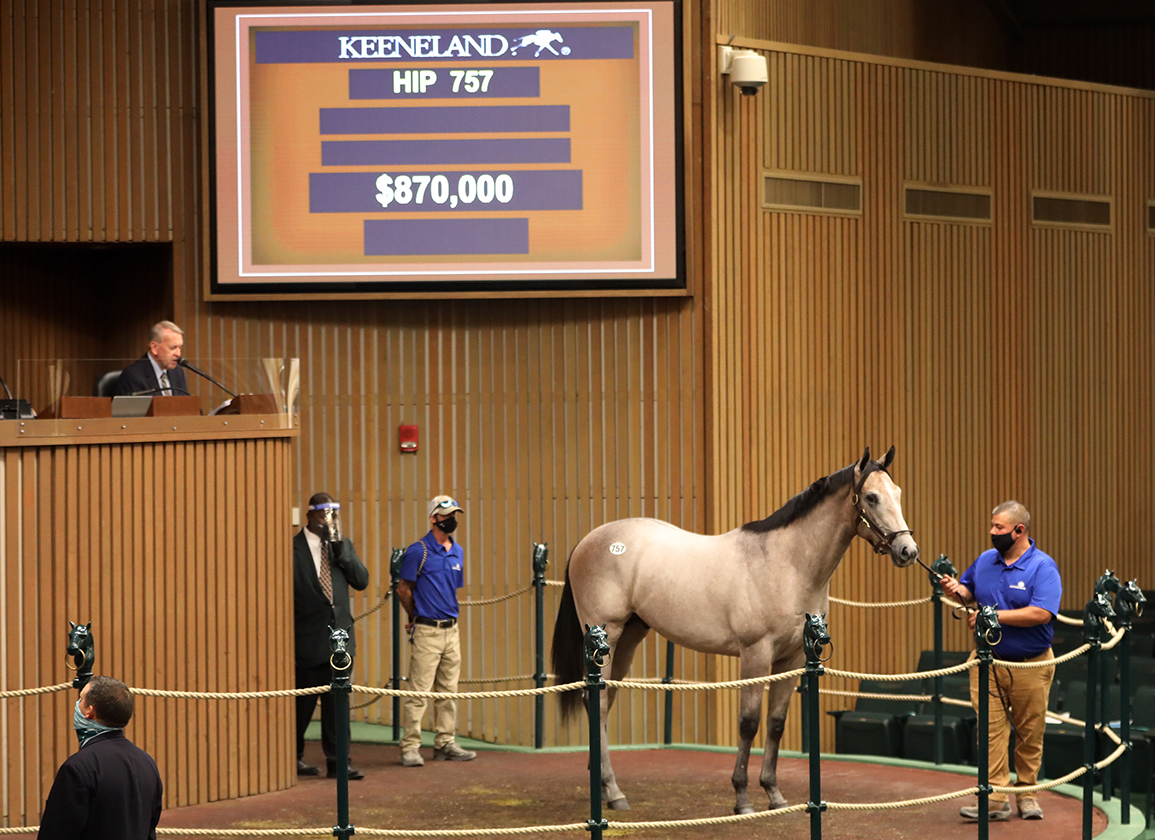 4th-ZIA, Zia Park Juvenile S., $50K, 2yo, 6f, post time: 3:21 ET
After New Mexico trainer Todd Fincher signed the winning ticket at $870,000 on a colt by Quality Road at last year's Keeneland September Sale, Bob Baffert was overheard saying to Fincher and his owner Lori Owens, “You bought my horse.” The gray, now named BYE BYE BOBBY gets going in Tuesday's Zia Park Juvenile S., the first of seven stakes on the Zia Park Derby undercard. Bred by Stonestreet Thoroughbred Holdings LLC, the April foal is out of Revel in the Win (Red Bullet) and is a half-brother to GSW Poker Player (Harlan's Holiday), the MSW War Treaty (Scat Daddy) and the stakes-placed Coleman Rocky (Harlan's Holiday). The female family also includes the talented turf horse of the mid- to late-1990s Ops Smile (Caveat). “This is the top of the line and that's where we all strive to get to some day,” Fincher told the TDN's Brian DiDonato at KEESEP last fall. “He was just perfect-bodied, perfectly balanced. The breeding was there. We couldn't fault him in any way.” Bye Bye Bobby worked a bullet five-eighths from the gate in :59 1/5 Nov. 3 and is the 3-1 second choice in a field of seven.