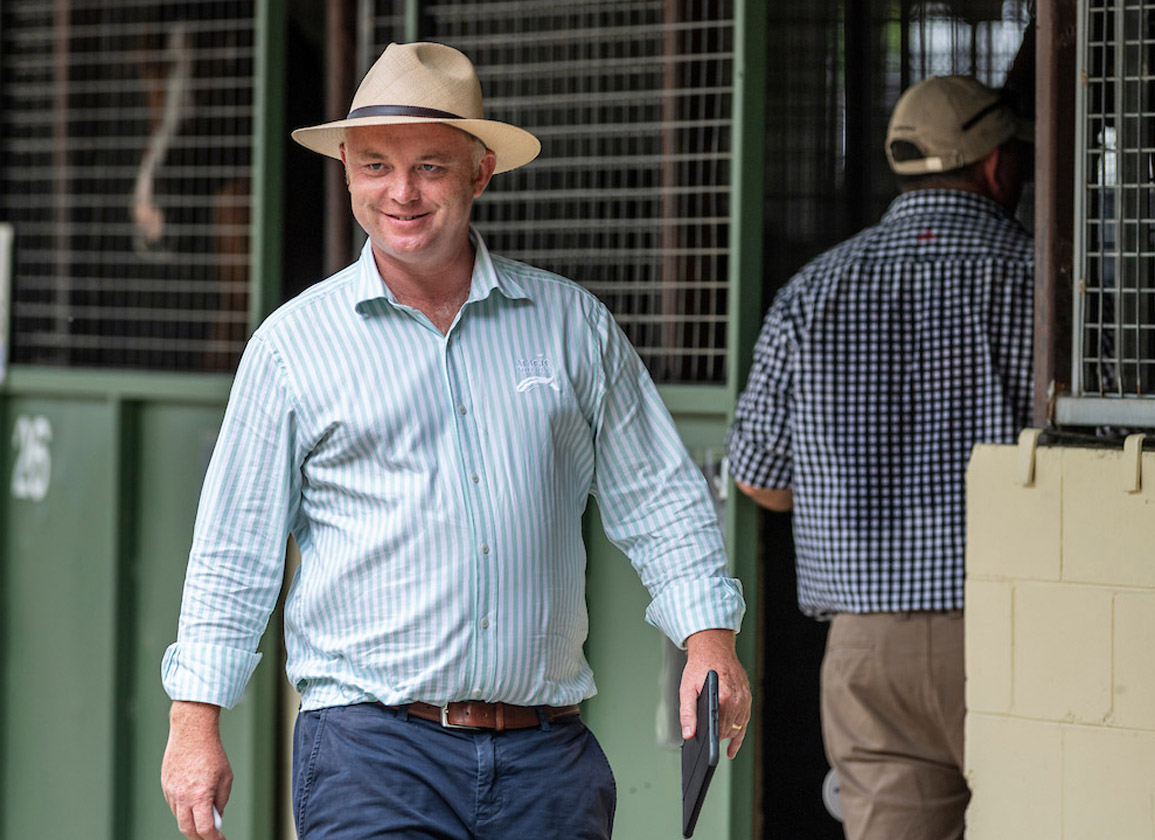 The scene is set for an electrifying 2021 Magic Millions National Broodmare Sale on the Gold Coast, May 25-27. The appearance of record-breaking mare Melody Belle (NZ) (Commands (Aus) was announced earlier this year, and she will be joined by a host of other top-class mares and fillies. The sale will also feature the Shadwell Australia dispersal for mares and weanlings. TDN's Gary King caught up with Barry Bowditch before the action kicked off in Queensland.

GK: Congratulations on putting together such a strong catalogue. It must be an extremely exciting time on the Gold Coast.

BB: We are obviously thrilled with the catalogue we've put together. It's been built around the earlier announcement of the Shadwell Australia dispersal and we are delighted to offer those horses. It's a big two weeks for us here on the Gold Coast. There's a great buzz in Australian racing at the moment, and we are looking forward to the sale starting. (Click here to view the complete catalogue.)

GK: Melody Belle and Arcadia Queen (Aus) (Pierro {Aus}) are obviously two standouts. You must be particularly pleased to have these two in the lineup?

BB: They are two bespoke opportunities for breeders all over the world. They are prospects that will suit any broodmare band, on any farm, and are truly elite. I'd say they are the two best mares that have gone to market in Australia in a long, long time and that's saying something.

Melody Belle is a 14-time Group 1 winner and both her and Arcadia Queen are champion mares. We are looking forward to having them here on the complex come Saturday, and we'd like to think they will create interest from all over the world.

GK: As you mentioned, Melody Belle is a 14-time Group 1 winner, which is pretty remarkable. She's the rarest of rare jewels.

BB: To New Zealanders, and here in Australia as well, she's something very, very special. She's got a phenomenal race record; an outstanding 2-year-old that trained on, 14 Group 1 wins, with dominant wins along the way. She's a great physical on top of all that, which makes her a collector's item. She will be very well sought-after and deservedly so.

GK: Australaisan mares have appeal all over the world. Do you expect international buyers to be active next week?

BB: You would expect the global attention on this sale should only go from strength to strength. When you have the likes of Coolmore buying mares like Believe'N'Succeed (Aus) [purchased for A$1.1 million in foal to Street Cry in 2014] that have thrown Anthony Van Dyck (Ire) (Galileo {Ire}), who won the G1 Epsom Derby in 2019.

Stonestreet's Barbara Banke and John Moynihan have had huge success, firstly buying Miracles Of Life (Aus) (Not A Single Doubt {Aus}) going on to win a Group 1 after they bought her. And the likes of Bounding (Aus) (Lonhro {Aus}), who they took home, put in foal to Curlin, and got huge rewards with a $4.1 million yearling at Keeneland. That's something you can only dream of, and the ring here at the Gold Coast provides those opportunities.

We are marketing our catalogue all over the world as we think it deserves global attention. The selection we have put in place and the mares we have from top to bottom are fantastic. I think there are opportunities from global players all the way through.

GK: Apart from the headliners, could you highlight a few other mares that would have particular international interest?

BB: Taste of Heaven (Aus) as Lot 1369 in our supplementaries will create attention. She's a half-sister to Redoute's Choice (Aus) by Encosta de Lago (Aus), and she's already thrown a group winner in North America in Heavenly Curlin. She's in foal to I Am Invincible. She ticks every box you could possibly find. We sold her here as part of the Teeley Dispersal in 2014 and it will be great to have her back on the complex over the weekend.

Obviously, the Shadwell Australia dispersal will appeal as well. Qafila (Aus) as Lot 815 being a Not A Single Doubt (Aus) mare, with a big international pedigree. She's a Group 1 winner, a very good 2-year-old to go with it, and in foal to Dundeel (NZ). Those sort of mares demand international attention from all the big names. She's got a pedigree that will suit all the major breeders.

But we have mares all through the catalogue. The Australian product stands up all over the world and I would hate to be pinpointing particular mares. From Lot 501 when she walks into the ring through to the 1300s there's international appeal the whole way through.

GK: The Australian racing/breeding industry is the envy of the world in many respects. The local industry appears to be in rude health. Would you agree?

BB: The local market is very strong here at the moment, and the sales have been buoyant. It's an industry that has a great culture behind it. We have survived COVID quite well here in Australia. Racing and prize money indicators continue to grow, and engagement in the sport here is fantastic.

A lot of syndicators get involved at the yearling end which really drives up demand. The breeders have plenty of money in their pockets. So, you would expect the demand from the local industry should be there given the fact that they have had a fruitful year.

GK: You referenced the Shadwell dispersal a little earlier. It's extremely poignant but also offers breeders a remarkable opportunity. Could you reflect a little on the Shadwell's draft presented by Yarraman Park?

BB: The Shadwell dispersal is something that's very rare. You get one a decade as far as I'm concerned, and we are extremely pleased to have the horses here.

What Angus Gold has achieved on behalf of Sheikh Hamdan is extraordinary. The Magic Millions relationship with Sheikh Hamdan and the team at Shadwell will complete a full circle with their first Australian purchase, Group 1 Blue Diamond heroine Mahaasin (Aus) bought on the Gold Coast in 1989, all the way through to Qafila. The number of Blue Diamonds that they have won, and placed in, is something no one else has on their CV.

One thing you can be assured of is that when Angus Gold came out here to buy yearlings for Sheikh Hamdan, he did so with great diligence. He bought the very best physicals he could find, they were always very well-managed and very well-raised. Whether they be at Yarraman Park or in the Hayes stable, they were given every opportunity.

But it's the fruits that remain in the future, and the buyers of these horses are the ones that will be the winners. There's a lot of blue sky ahead of them.

You only have to look at the Shadwell-bred yearlings that sold earlier this year. They sold fantastically well, and have gone to all the good stables. You would expect the weanlings selling over the next few days will be bought by some outstanding judges, and the mares will be given every opportunity.

I think the job that Harry and Arthur Mitchell have done at Yarraman Park to get these horses up here, looking fantastic and perfectly presented should be acknowledged. They deserve to sell exceptionally well.