Home » Archive » Shared News » Promising Summer Ahead For BC Stables

Promising Summer Ahead For BC Stables 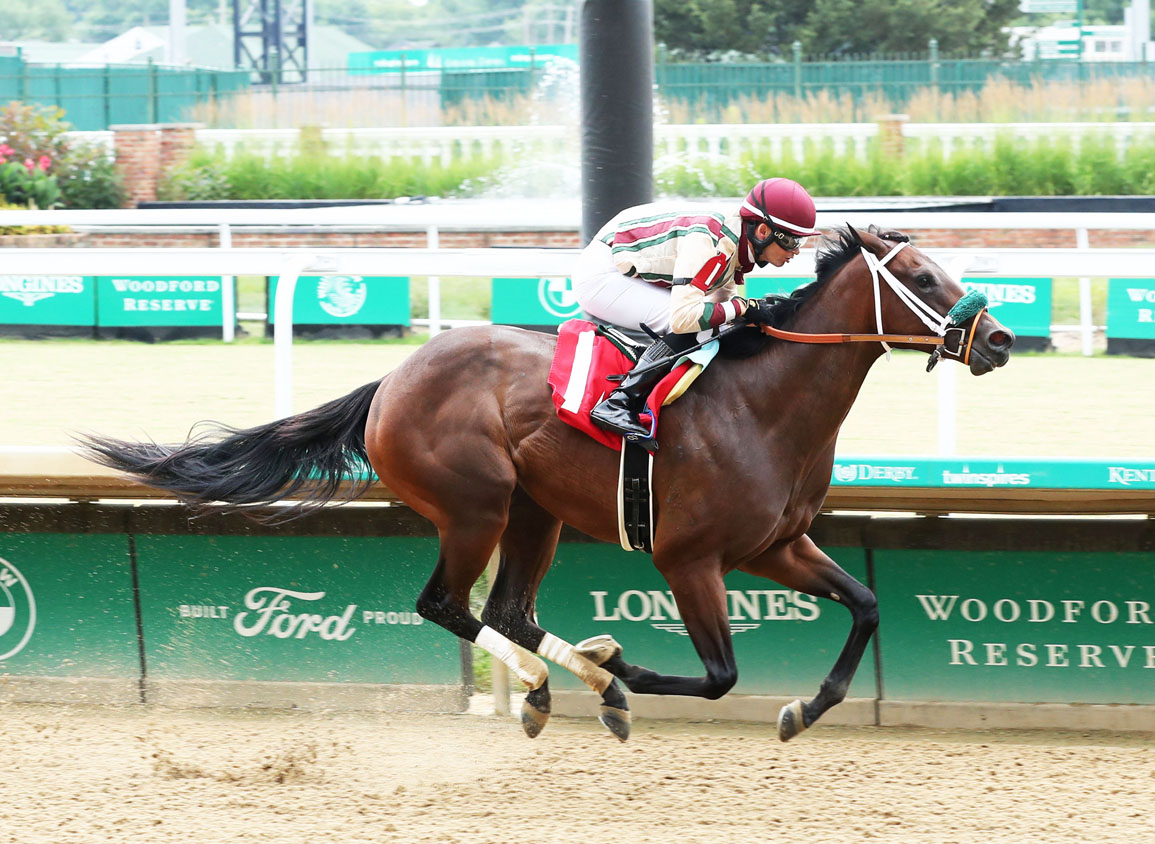 They may just have five 2-year-olds in their budding stable, but John Bellinger and Brian Coelho of BC Stables are off to a fast start under the expert guidance of trainer D. Wayne Lukas. Their third starter became their first winner and what a winner she was! The stable's lone filly Summer Promise (Uncle Mo) romped to 'TDN Rising Stardom' in her debut at Churchill Downs Saturday.

“She is a special filly,” said Bellinger, who was in the winner's circle Saturday with his wife Gina. “Wayne was in Ohio for the [GIII Ohio] Derby there with Ethereal Road (Quality Road). It would have been more special if Wayne was there. Before Summer Promise got to the winner's circle, I called Wayne and he was so excited about the horse and about the win. Racing is fun, but being around Wayne and seeing his happiness is priceless.”

Coelho, who was away on a family vacation last weekend, added, “It was very exciting. Summer Promise has been doing really well from day one. I am really excited that she went out and did so well.”

BC Stables came to be after Bellinger was introduced to the legendary Lukas through a mutual friend.

“I met Wayne probably seven years ago through a mutual friend, Dr. Charlie Graham,” Bellinger said. “Charlie is a good racehorse veterinarian and he and Wayne are close friends. He introduced me to Wayne. We have talked over the years. I'm 67 and Wayne is certainly getting up there. I thought if we are going to do this, we have to do it. My wife agreed and Brian [Coelho] is a friend. I introduced Brian to Wayne and Brian was interested, so we moved forward together. It is all because of Wayne. He is a very special person.”

Bellinger is based in Texas and he and his wife own several companies, the biggest of which is a laboratory business that tests food products. Coelho, on the other hand, is from California and owns the largest cattle feeding operation in the state, as well as meat processing plants.

“We have been talking for a couple of years about putting something together,” Coelho said. “We have a long friendship and business relationship. Last fall, we got together with Wayne and put together a plan and a budget. I am pretty excited about the new venture.”

The plan was for Lukas to purchase a group of yearlings at the Keeneland September sale on the duo's behalf.

“The Sunday before the Keeneland sale, my wife and I agreed that we are going to go forward,” Bellinger said. “I called Wayne and said, 'We are for real this time. We want to do it.' He said, 'Okay, we aren't going to buy anything the first day. Call me tomorrow night.' I called Monday night and he wanted to see if I was for real. He said, 'Okay guys, what is your budget?' We gave him a budget and he said, 'Okay, I am going to start buying tomorrow.' He was thrilled when he bought Summer Promise. That was first horse he bought for us. He knows her pedigree. We went on and bought three colts after that and we bought another horse later [privately], so we have five total.”

Bellinger joked that there isn't much group thinking with Lukas, so they continued to place their trust in the master on the next steps for their new acquisitions. The Hall of Famer turned to the son of an old friend, Bryan Rice, whose father Clyde Rice entered the Thoroughbred business alongside Lukas and was known for his ability to spot and develop an athlete. A former Lukas assistant, Rice and his wife Holley break, train and sell Thoroughbreds at their Woodside Ranch in Fort McCoy, Florida.

“I went to Woodside Ranch twice and met with Bryan,” Bellinger said. “He is a great guy. He did an incredible job for us. He is a good person. That is the thing about Wayne Lukas. He surrounds himself with good, salt of the earth people. That is the way I work too. Bryan is just one of those folks.”

BC Stables' first starter Mo's Treasure (Mo Town) finished fourth in his career bow at Churchill June 2 and their next runner Macho Villa (Quality Road) filled the same spot when unveiled beneath the Twin Spires June 10. Then came Summer Promise with her break out performance for the operation June 25. The daughter of blue hen Dream of Summer (Siberian Summer) was so impressive that she is headed straight to the Spa.

“We are going to pace it,” Bellinger said. “She is special. We are going to make sure she's safe. She heads to Saratoga next week. She is Wayne's hands, so she is in great hands.”

It will be the first trip to Saratoga for both Bellinger and Coelho.

“I have heard so much about it from everyone, so I look forward to going up,” Bellinger said. “She will probably race twice and we have two other horses going that will be racing.”

Bellinger and Coelho are not stopping here. They will be headed back to the Keeneland September with Lukas this fall.

“We will definitely be buying more in September,” Bellinger said. “This is not a one-time thing for us.”

Coelho added, “We will try to build up a strong stable and try to capitalize on Wayne's expertise.”

If this start is any indication of what is to come, BC Stables has a bright future.