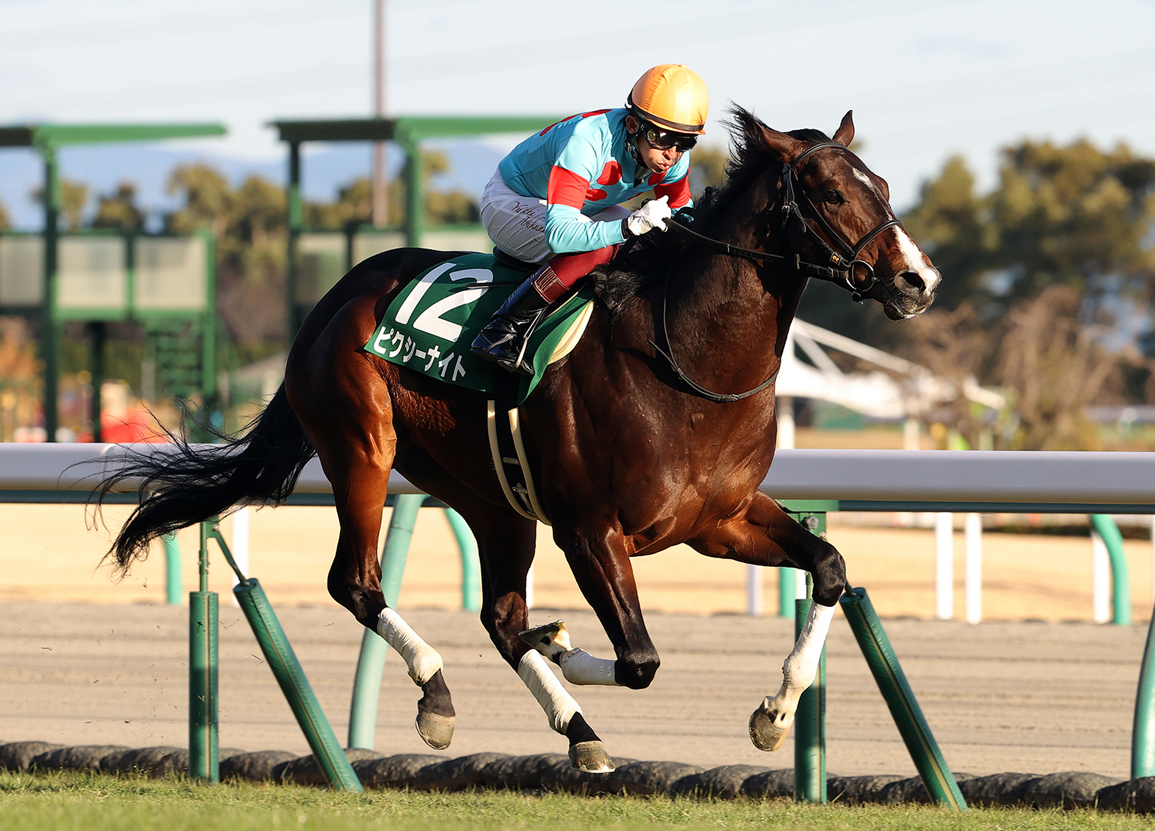 Pixie Knight (Jpn) became the first Group 1 winner for Japanese Horse of the Year Maurice (Jpn) when coming home a smooth winner of Sunday's G1 Sprinters S. at Nakayama Racecourse. He likewise became the first 3-year-old since 2007 to take the coveted six-furlong prize, and just the sixth since the race was promoted to Group 1 status in 1990.

A debut winner going seven furlongs last September, Pixie Knight finished third in allowance company before being put away for the winter. Stepping up to pattern company to take the one-mile G3 Shinzan Kinen on seasonal debut on Jan. 10, Pixie Knight slipped to fourth in the G3 Arlington Cup and was soundly beaten in eighth in the G1 NHK Mile Cup on May 9. Dropping back to this trip thereafter, Pixie Knight was second after a summer holiday in the G3 CBC Sho on the fourth of July and filled the same position in the G2 Centaur S. at Chukyo on Sept. 12.

Traveling just off the pace on the rail, Pixie Knight was in tight at the top of the stretch but soon found daylight in the two path. Put to a drive two furlongs out, he soon found the lead and was a comfortable two-length winner. Former champion juvenile filly Resistencia (Jpn) (Daiwa Major {Jpn}) was second, while race favourite Danon Smash, winner of the G1 Takamatsunomiya Kinen and G1 Hong Kong Sprint, was sixth.